This was the big question all Windows users were asking themselves: Will Windows 11 be free when you already have an operating system license? While Microsoft was in the process of making Windows 11 official, a software leak that checks if your PC can update. He assures that the upgrade will be free for Windows 7, 8.1 and 10 users.

The new version of Windows is here! If Microsoft just finished its conference, the ISO file of Windows 11 Walk the web for a few days. With it, we can already get a good idea of ​​the new functions that have been brought to the operating system, before Microsoft officially launches the system.

The conference is now over, but the crucial question remains: Will we be able to migrate from an older version of Windows to Windows 11 And above all, without spending a single cent? This is already the case for Windows 10, which allows you to use a Windows 7 or 8.1 registry key. But will we have the same privileges with Windows 11? The information was just confirmed by a leaked verification tool named Windows PCHealthCheckSetup.msi.

But we’ve known this more or less for some time, thanks to another tool: Product Key Configuration Reader. This usually allows you to refer to the keys of different Windows products, thus learning about the capabilities of migrating from one version to another. 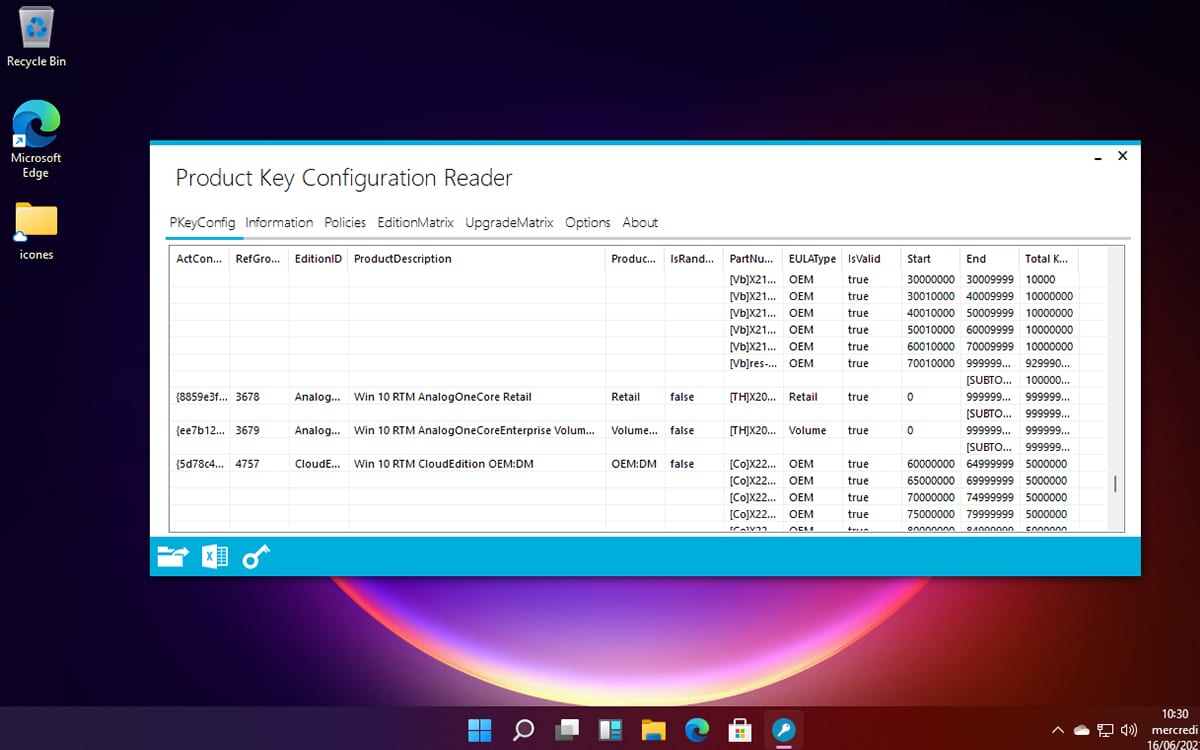 By launching the app, we can already see that Microsoft will offer the ability to migrate from an older version of Windows to Windows 11. But in the middle of the conference, Walkingcat shared a download link for the popular Microsoft tool. Windows PCHealthCheckSetup.msi Just check that your computer can update to Windows 11.

When you run the program, a window appears in which you see, among other things, a banner with the text: “Let’s check if this PC has Minimum configuration required. If so, you will be entitled to a free update as soon as it becomes available.” So we know that the upgrade is free for all compatible PCs since Windows 7, 8 or 10. What do you think about Windows 11 ? Are you going to update? Share your opinion with us in the comments!