Tyson Fury “isn’t ruling out anything” in the hunt for his next opponent because “he’s the one to decide,” said his coaching partner David Nika.

Fury wants to return to the ring in early 2022, but is awaiting confirmation of his next WBC Heavyweight title defense after last month’s knockout win over Deontay Wilder.

Contender Champion Oleksandr Usyk is set for a rematch against Anthony Joshua, with the WBA, IBF and WBO belts on the line, while Dillian Whyte has yet to be announced as Fury’s mandatory WBC contender.

“He’s not ruling out anything at the moment,” Nika, a New Zealand boxer who trains alongside Joseph Parker and Faurie in Morecambe, told Sky Sports.

“He’s the king now. So he can make the decision.”

“It’s a huge draw and everyone wants to fight it.”

“Who is available and what makes sense next,” Fury told Sky Sports while researching a competitor.

BOXXER promoter Ben Shalom spoke to Fury ringside last week and said, “He wants to fight in February or March, whether it’s against Delian or not.

“He is determined to do so.”

Unbeaten rival Joe Joyce, who shares Frank Warren as a UK-based promoter with Fury, insisted he would be available although he also held talks about a fight with Kubrat Pulev.

“The durability of Joe and his engine is on par with anyone in the sport,” his SJAM driver said.

Nika added of Fury’s preparations for his comeback after two superb wins over Wilder: “He’s still in great shape. He trained hard alongside us.

We were talking about the next step for him. 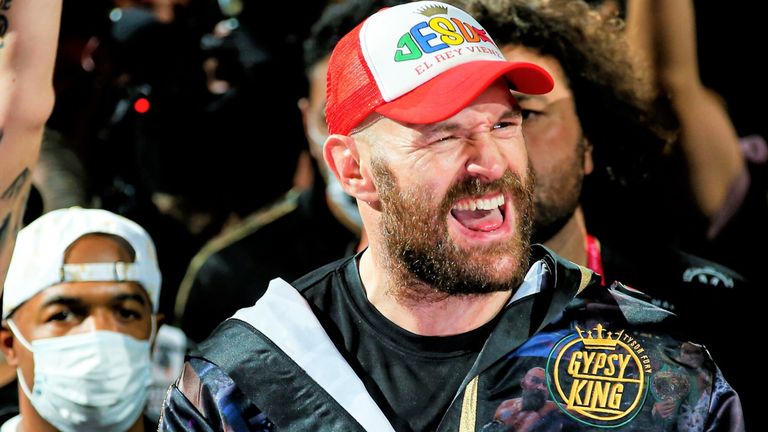 Fury would rather fight Osek, not Wyatt.

Frank Sanchez, a Cuban who trains alongside Saul ‘Canelo’ Alvarez and who recently won an undefeated fight against Efe Ajagba, is a curious addition to the top five heavyweight players in WBC.

“With Frank’s current speed, I have no doubts that he will quickly become the number one contender.”