There are supposed to be many supposed stars in the sports scene. Peter Klein is dedicating his new column to what he sees as true stars, in and out of sports.

Well, it’s not currently the starry sky, but this screenshot is my screensaver and today it is also the source of ideas for a new story. No, this time it’s not about a private auto athlete, it’s nothing about a rally or something like that, so only read on if you’re particularly interested! 😉 I also think of my colleagues in different media. About style, language, and abuse of foreign words and phrases. I feel sick when typing “star” because she hit the ball without accident and accidentally found its way to the opposite goal.

When the skater starts with the starting number 37, the sun rises in the fog and the new “star” collides with the platform at the same time. When the athlete is six hundredths of a second down in ungrateful fourth place, or how many so-called “stars” we generally have in Austria. When the reporter gets the sweet question: “How was the snow?” Or “What do you take with you after twelfth place?” , For example, but not limited …

I paint a summary (German: epilogue) and think about real stars I have met in my sports life. Jochen Rindt, for example, whose photo can still be found at the Invercargill Racing office on South Island New Zealand. In March 1978, Anne-Marie Brühl was restless at Bad Kleinkirchheim before the landing began when she and the filming team discovered me. “what are you smoking?” She wanted to know. The polite response was “Winston”. “Come on, give me what I am,” asked Anne Marie, took five or six strong puffs of a cigarette, and I entered the race a few seconds later and American Cindy Nelson and Swiss Marie Therese Nadej landed in their place.

Or Walter Rührl who won the Monte Carlo race for four different car brands. And last but not least is Friedensreich Hundertwasser, this illustrious painter, environmentalist, architect and rebel architect of humanist construction. The fact that the landmark of Kawakawa, a small town in New Zealand with a population of about 1,500, is “Hundertwassertoilette” on Gillis Street makes me smile a little … and these are just a few of the real “stars” to me. 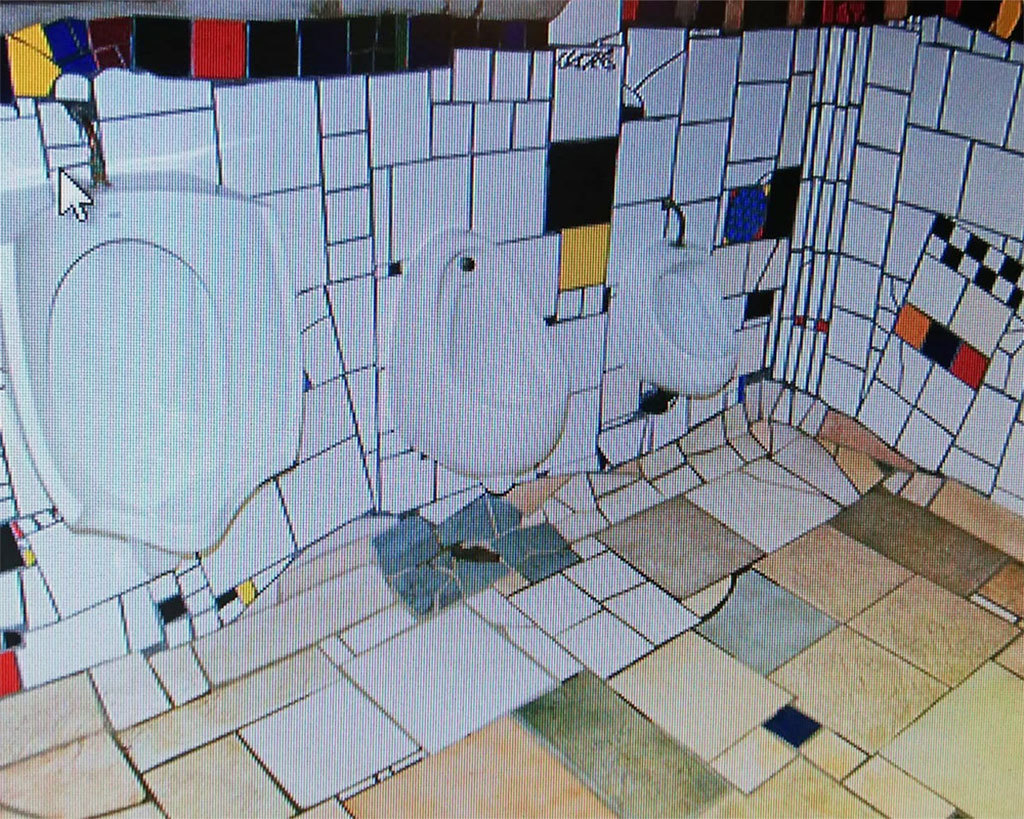 But I also count the people among the stars of my life who hardly knew the Motorline.cc reader or anyone else interested in sports. It was in January 1973 when I first got involved with Paralympic sports and I admit I was afraid of calling at the time. Critically wounded soldiers returned home after World War II. In the barrage of bombs, young people and even young children became people without arms or legs, and lost their sight.

But during the post-war years, not only did the country move, people with disabilities also wanted to play sports and did not want to be paralyzed using wheelchairs. You can google the history of Paralympic sports, but not my worries on the day of the shoot when I was supposed to report on Paralympic sports. There they sit in a bowl suspended on a sledge or stand on one leg or have no arms to hold ski poles.

My displacement process was immense, I saw no one-legged people, no arm amputees, and I kneeled next to the paralyzed man in a wheelchair. And what I saw was not suffering, despair or resignation, no, my eyes were sparkling with lust for life, greed and excitement before the competition, and you could see the strength and will to win and for the first time I heard the sentence: “We are not disabled, we are only disabled …”

I took care of handicapped sports in Austria for ten years, but then my main concern was the crowd and my young colleague took over in 1982. Fifteen years later, my successor turned to private television, so I must report again on the World Cup Handicap Race Physically in Aptenau. There was more broadcast time, because for the local participants it was the final qualification for the 1998 Paralympic Games in Nagano two weeks after the Olympics. Back when Hermann Mayer was a two-time Olympic champion, but he actually became world famous because of his big fall down the cliff … I was looking forward to this business trip to Salzburger grounds, I was curious about how the sport had developed, curious about athletes I didn’t know . 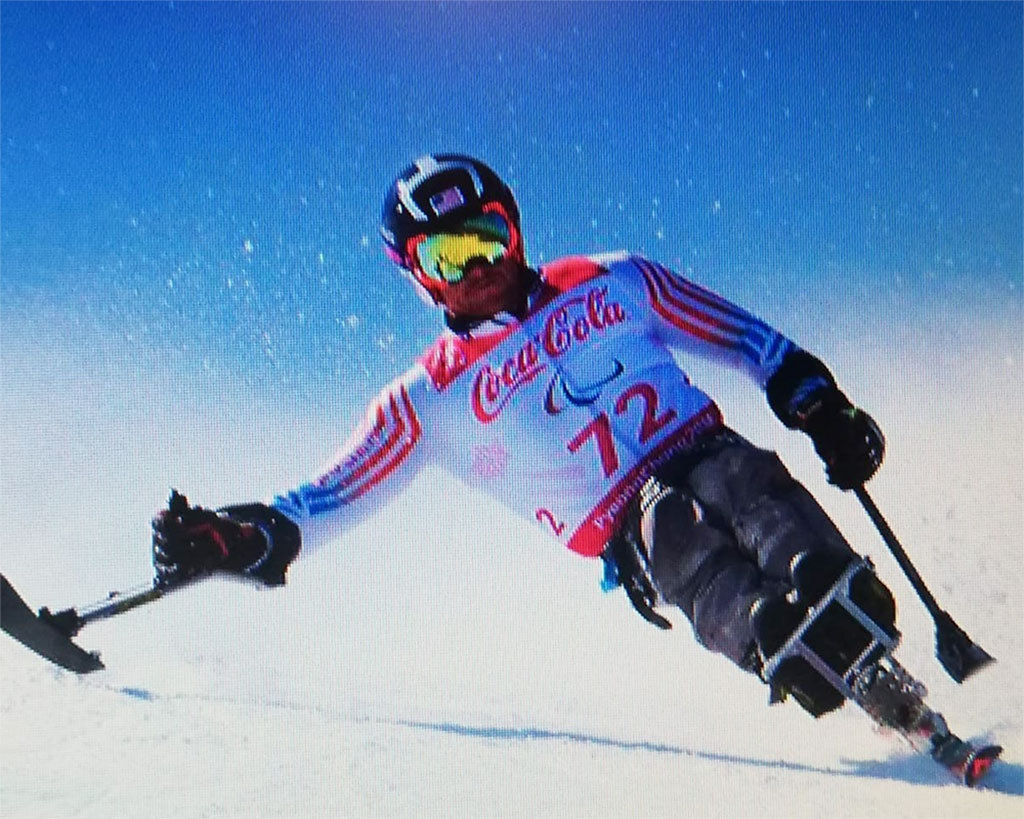 Then I saw her again, without arms or legs, paraplegic on the monosque, with a partner leading the way, because I’m blind. She noticed how much the sport had changed, and how athletes who had previously taken up a hobby had become well-trained athletes. And I could see that the new generation also had the greed and excitement before competition and the strength and the irrepressible will to win. I noticed how they rated me, “a newbie on TV.” A little suspicious and skeptical of whether I would appreciate your accomplishments.

It was a large and colorful bunch on a bright Saturday morning, with more than 120 participants from nearly 18 countries, winter sports enthusiasts with disabilities. Officials, moderators, and volunteers was actually like a regular World Cup race. Then I saw you – among the paraplegics. I saw her wonderfully long wavy brown hair, the skinny figure and extremely feminine in a racing suit, I heard a bell-like laugh, then turned around and at this moment felt as if the sun was rising again.

A very young and beautiful girl with bright and inquisitive eyes, blinking teeth and a warm smile. Surely a volunteer from a nearby high school, I thought whenever I got close then I noticed that this beauty was standing on one leg. I stared in disbelief at the starting number hanging from Anorak and just thought: Why? Why did this beautiful creature lose its leg? She did not appear sad, but on the contrary, optimism emanated from her face, a fighting spirit and a sarcastic loving smile, as if she was reading my opinion, and she felt insecure. And suddenly I realized: This is my story, this girl will be the main theme in my next film. I asked for an interview. “Later, I have to move a little bit now,” she said, with crutches in short sledges, stepped into the ligament with her left foot and sped off. 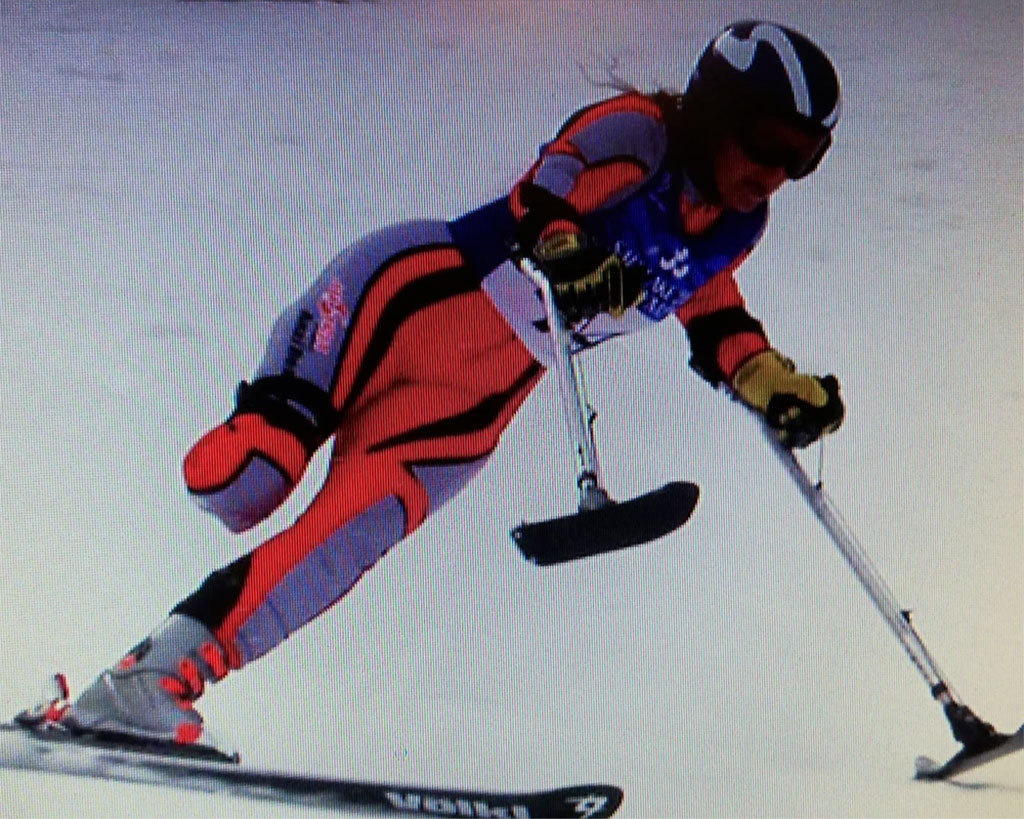 She pulled the starting list off Anurak, starting number 27, Nikola Leichner, only 21, had a thigh amputation. What am I going to ask you, it’s racing in my head, what can I ask you without hurting? “If you don’t like it, you can interview me now, and I’ll back off later,” I heard her voice and turned to her. Maybe she just needs to pause to think if she should talk to the “new thing about TV” at all. Still that smile, I felt confident, courageous and asked my questions, all I wanted to know from her.

She talked about her parents, where she grew up, when she was a little girl, and she loved skating, and about the music she loved. And she lost her leg a few years ago after a serious illness. She would like to dance after ABBA’s “The Dancing Queen” and she has gone to university. What are you studying I wanted to know? “Medicine” was the answer and almost defiantly “I want to be a doctor someday.” Nicola finished second on the slope in Aptenau, third in Super G the next day, and easily qualified for the 1998 Paralympics.

READ  Rugby: He'll kill him there

After a year in Nagano, we saw each other again and Nicola became a four-time medalist. Three times Cliff Silver, Giant Slalom and Slalom, plus Bronze in Super J. How are you going, I wanted to know? The answer was: “I was a little lazy, I prepared myself for Nagano, but it will be serious since the fall.” I saw her again in Salt Lake City in 2002. Nicola had become a mature, confident, and charismatic woman, but her heart was still attached to skateboarding.

How are things going in my studies, do I want to know again? “No jewels then I’m done,” she directed me the next day she won a bronze medal in the giant slalom. Then we lost seeing each other, and never seeing each other again. But I often thought of her, by the time she stood before me for the first time, on one leg and the sun had risen twice that day. When she got her medals rejoiced – she never quarreled with her fate. And these days I thought about it again before I started writing this story. What happened to her, did she finish her studies, did she become a doctor, raise a family, is she happy with her life on one leg?

And so I started to search, searched it on the internet and found a woman who was also successful in civic life. Nicola is a trauma surgeon specializing in transfusion and trauma, and she remains one of my superstars today. And her maiden name is still. 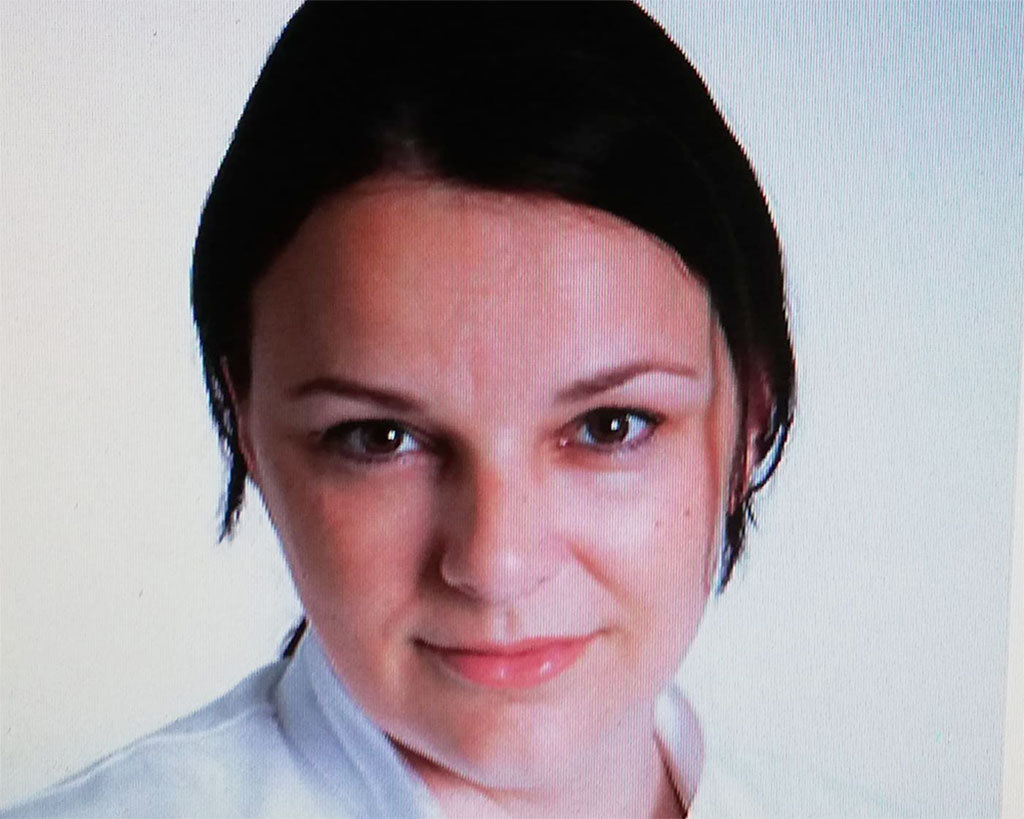 In part two of my story, next week, I’ll tell you how Hermann Mayer subconsciously supported the Paralympics, how his fellow countryman revolutionized disabled sports in Athens in 2004 – and how tough contract journalism can be.