The long-running debate about how useful games are has taken a new twist. This is because research recently carried out by a team of students and professors at Brown University has shone new light on the subject.

This study was reported in the Topics in Cognitive Science journal, and it involved the data compiled by looking at players competing in thousands of matches of Halo: Reach and StarCraft 2. The Halo title is a first-person shooter and the researchers found that players developed skills at different rates according to the patterns of play involved.

When they looked at StarCraft, they discovered that the game’s elite players appeared to be helped through the use of what the researchers called “unique and consistent rituals”. Jeff Huang is a computer science professor at Brown and was the lead author of the study. He said the volume of game data allowed them to measure patterns over long time periods in a way that can’t really be done in a lab setting.

What Did They Find on Halo: Reach?

One of the methods that they used to analyze data was to look at the TrueSkill ratings used in the Team Slayer section of Halo. This is a constantly updated skill rating that’s used to decide which teams to pitch against one another. The Brown research team used seven months of data involving 3.3 million players, and discovered that those who played most games improved their skill rating the most.

However, an interesting pattern also emerged, as it turned out that playing many games in an intense, short period of time wasn’t the most effective approach. Instead, the biggest leaps in ability were seen in those players who spaced out their gaming activity over longer periods of time. Yet, the breaks between activity shouldn’t be too long either, with spells of a day or two turning out to be best. Longer breaks of more than 30 days left players needing more time to get back up to speed.

READ  Climate change is responsible for the deadliest winter on record

A Look at Their StarCraft 2 Study

When they turned their attention to the StarCraft strategy game, the team was able to compare data from hundreds of matches. This allowed them to see that elite-level players gained a major advantage over others through intelligent use of the game’s hotkeys to control unit groups. The players who used fewer hotkeys were generally less successful.

This use of hotkeys was just part of the habits consistently used by the game’s top players. This allowed the researchers to understand the skill level of players simply by checking their hotkey use patterns. The study suggests that using these shortcuts becomes second nature, meaning that players use them even when it isn’t strictly necessary or useful to do so, such as at the very start of a match.

An approach like this could be useful in other areas, with the example of air traffic controllers mentioned in the study. By practicing their use of certain keys and processes, operators could warm up for the real tasks ahead and make the use of certain functions more natural to them.

Other Games May Help Too

While this study looked at two specific games, it seems fair to suggest that other games could also provide us with ways of boosting our skills that could translate to other areas. A look at the top NZ online casinos like Rizk, Twin, and Ruby Fortune shows games such as roulette and blackjack. These are games of chance but the fast pace of online play and the different strategies that could be used mean that they may help build certain cognitive skills.

Some sources suggest that real-time strategy games such as Total War, World of Warcraft, and Age of Empires may be particularly useful in terms of developing areas such as coordination and memory, although additional research is needed to find out exactly how this works. The list of brain-sharpening mobile games includes the likes of Nintendo Brain Age, Sudoku, and Solitaire, all of which can help players of different skill levels while they have fun. 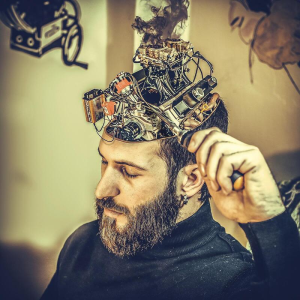 It’s long been suggested that playing video games helps us to improve cognitive skills and visual processing skills, and options like the Xbox Game Pass have made it easier than ever before to try a selection of different titles.

This piece of research has certainly backed up some of the earlier theories and given us a better idea of tactics that could help us to learn other subjects more efficiently too.

By Jackson Wheatly 1 hour ago

New Zealand: He stole a statue and drowned in freezing water

In New Zealand, Caledonians and Tahitians are back on the ski slopes