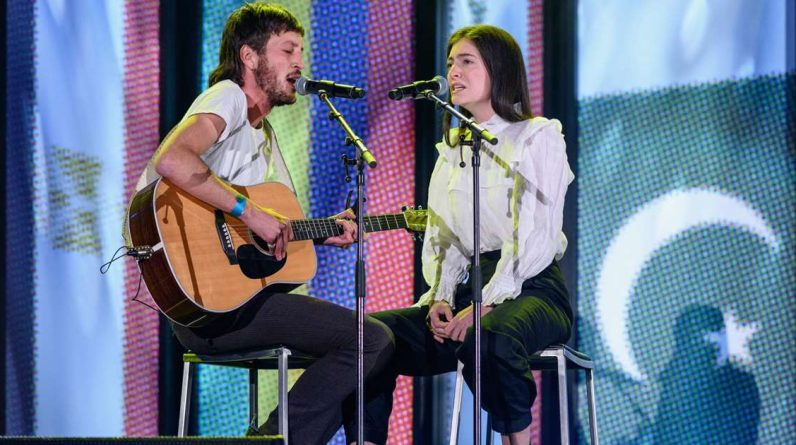 On Wednesday evening, Lord was on stage with Marlon Williams in Auckland, New Zealand. The singer recently made herself rare.

On Wednesday evening, Lord was on stage with Marlon Williams in Auckland, New Zealand. The singer recently made herself rare.

In New Zealand, the world looks as if there is no longer the Corona pandemic. Performances seem to be returning to what they were before March 2020. This made the Australian singer, songwriter, guitarist and actor possible. Marlon WilliamsTo go on a tour.

On the night of his final four-party concert at the Hollywood Theater in Auckland, he finally surprised his fans with a special feature: Lord, who has appeared less frequently in recent years, He was a famous guest on stage.

Lord and Marlon sing In Bruce Springsteen’s duet “Tougher than the rest” than that ‘Tunnel of Love’ (1987) is often underrated. The piano-led performance was a quiet and melodic execution of the Springsteen hymn, as you can see and hear in the recordings.

🥲 Embed a Tweet I walked out of hiding place last night for cover Embed a Tweet“Harder than the rest” with Embed a Tweet Capping an out of Auckland show on his current tour of New Zealand pic.twitter.com/GduhcrC0go

Lord Williams and Williams were on stage together in a beneficial event after the horrific massacre in Christchurch in 2019. There the two performed the touching performances of Simon & Garfunkel “The Sound Of Silence”.

Bruce Springsteen He himself covered Lordes “Royals” in 2014 at a New Zealand concert. It has come full circle.

Read the original article on www.rollingstone.de