Free trade and open economies will drive the Asia-Pacific region’s recovery from the pandemic, the region’s trade and foreign ministers said on Wednesday in a virtual meeting ahead of the summit.

“It is free, fair and open trade that will help economies emerge from this pandemic,” said New Zealand Trade Minister Damian O’Connor, host of the meeting. “We need openness to stimulate global growth, the truth is trade offers the solution to our challenges,” he added.

Ministers from 21 APEC countries are meeting online to discuss their response to Covid-19 ahead of Saturday’s meeting of heads of state, which US President Joe Biden and his Chinese counterpart Xi Jinping will attend.

Mr. O’Connor said key points of discussion included a plan to voluntarily freeze fossil fuel subsidies and commitments to ease tariffs on vaccines and other medical supplies in the event of a pandemic.

According to Mr. O’Connor, the need not to erect trade barriers, in response to the challenges posed by the pandemic, was unanimous among the assembled ministers.

He continued, “About 81 million jobs have been lost in the region due to Covid-19 and the impact on supply chains has been significant, but APEC members have rejected protectionism during this crisis.”

The 21 member economies of Apec collectively represent approximately 40% of the world’s population and approximately 60% of global GDP. An unprecedented virtual meeting brought together APEC leaders in July with the aim of improving the response of countries in the region to the Covid-19 pandemic.

“These subsidies cost our savings billions of dollars annually, but the real impact is on our environment,” she said.

The issue was highlighted during the COP26 climate talks in Glasgow, where leaders of 91 major global companies called for it to be removed. 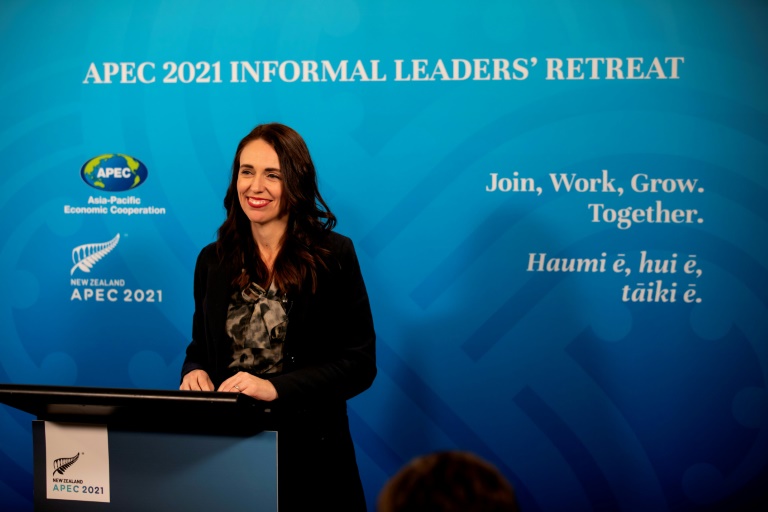 The APEC summit was originally scheduled to be held in Auckland, but it is being held online for the second time due to Covid-19. New Zealand Prime Minister Jacinda Ardern said it was easier to access the digital platform than a face-to-face event.

On the agenda for Saturday’s discussions: how to reopen borders without spreading the virus, how to ensure a just recovery in the event of a pandemic and how to move toward a carbon-neutral economy.

The debate on the sidelines of the summit will be dominated by requests from China and Taiwan to join the Comprehensive and Progressive Trans-Pacific Partnership (CPTPP), the region’s largest free trade agreement, between 11 countries.

China, which considers the island part of its territory, opposes Taiwan’s accession, while Australia does not want China to be part of the group, due to the lingering trade dispute.

The United States will also want to use the event to reaffirm its commitment to Indo-Pacific trade after years of protectionist policies under the Donald Trump administration.

READ  Fisheries, the government is working on a traceability system