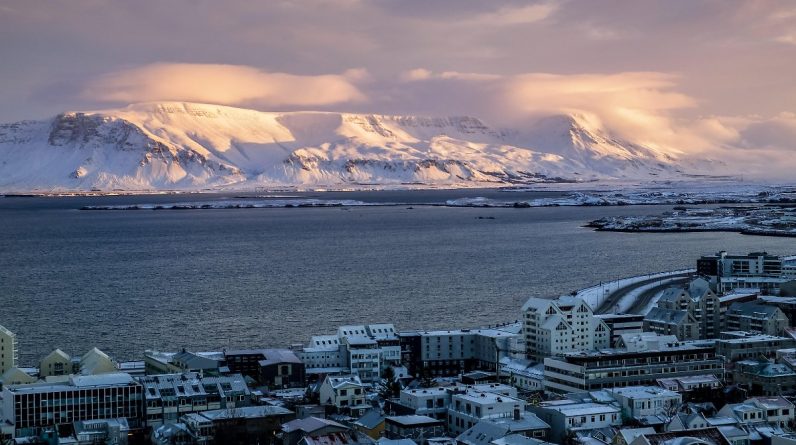 How Iceland is successfully fighting Corona

The tourism industry cautiously gathers hope: Iceland is currently doing better than any other European country when it comes to Corona numbers. The island not only benefits from its secluded location on the high reaches of the North Atlantic Ocean. Hard rules and a ‘triad’ play a role, too.

Iceland is Europe’s answer to New Zealand, and it has become so not only because of its green landscapes and natural wonders. Like New Zealanders on the other side of the Earth, Icelanders have dealt with the coronavirus pandemic more than a few other countries. The fact that the Vikings, with their low number of new infections, are currently the undisputed best in their class in Europe, due in part to an isolated situation – as with the kiwis in Down Under – but also to a strategic rigid state.

Icelandic Prime Minister Catherine Jacobsdottir said: “Our fight against the epidemic has gone better than we expected.” The Icelandic route with comprehensive Corona tests and test results in a few hours, consistent contact tracing and strict quarantine and isolation rules may have shown better results than drastic measures in other countries. “This is the key to our success: easy access to tests for people, traceability, and the scientific approach,” says the prime minister.

This strategy is reflected in very few new infections. After peaking in mid-October, the values ​​decreased rapidly. Aside from some positive tests with travelers after their arrival, Iceland recently had six days in a row without a local coronavirus infection.

With only 6.59 new infections per 100,000 residents in the first two weeks of February, Iceland is unmatched in the ECDC comparative figures. Even other northern European countries like Norway (66), Finland (88) and Denmark (100) – after Iceland, the countries with the lowest numbers in the European Economic Area – are several times higher. Coronavirus-related deaths in Iceland in the period: 0.

It can now be said that Iceland, with its secluded location in the North Atlantic Ocean, has a clear advantage and can only be compared to larger countries to a limited extent – after all, the island has a population of only 360,000, and therefore its population is about Bochum. Or Wuppertal. Success depends not only on the location and size of the country, but also on stringent procedures, testing, contact tracing and the high degree of confidence of the population in their experts.

It goes without saying that border controls are much easier for Iceland compared to others: Germany has nine countries borders and has many international airports; Iceland can be reached almost exclusively via Keflavík airport near Reykjavík. Anyone entering the country is required to submit a negative PCR test no more than 72 hours since Friday. There is also a Corona test on arrival, five to six days of quarantine and another test after the quarantine period. Quarantine is already an important component of Icelandic Corona’s strategy: without exception, everyone who has been in contact with an infected person must endure it. For comparison: So far, about 6,000 people in Iceland have tested positive for coronavirus – but fewer than 46,000 people have been temporarily quarantined.

Then there is confidence in the experts. Chief epidemiologist Thórólfur Gudnason, Director of Civil Defense Feder Rennison and Director of Health Alma Muller is often referred to as the “Trinity” – and despite the strict restrictions imposed on public life, most Icelanders follow their guidelines. That’s why they were rewarded with some relaxation: bars were allowed to reopen this month, and gym training was allowed again. The maximum number of visitors to cinemas, theaters, museums, concerts and religious events has been increased from 100 to 150.

“Do not think the virus is gone.”

Despite the good situation, epidemiologist Goodnason emphasizes that further mitigation must be done slowly and cautiously. “I don’t think the virus has disappeared in Iceland. I’m afraid it might be hiding somewhere,” he said at his latest news conference. At first it was left open to what the additional dilution would look like. Just this: “The last thing I recommend is for people to take off their masks.” Meanwhile, entry requirements are a way for Iceland to manage an important balancing act for the tourism industry: allowing vacationers to return to the country, but not the new drivers of infection. One of the steps in this direction is that travelers can free themselves from testing and quarantine if they can prove a coronavirus infection or be vaccinated against Covid-19.

The tourism sector, which is very important for Iceland, experienced a sharp decline in 2020: the number of foreign tourists decreased by 76 percent to less than 500 thousand. Will things emerge again in 2021? “I am optimistic in the long term,” says Prime Minister Jacobsdottir. “We expect a certain number of tourists, but we don’t know if that will happen.” Ultimately, it depends on how fast the vaccinations are in Iceland and in other countries.

A new entry system is now planned from May 1 that could free travelers from countries with low risk of infection from quarantine. The industry realizes that tourism in Iceland cannot continue without restrictions from now on. “It’s not about” the sooner the better, “says Sigridor Doug Gudmundsdottir, head of the state tourism agency Viset Iceland.” It’s about “the safer the better.”

READ  Morning Situation: Everything is clear after the New Zealand tsunami alert