By the editorial board
Simona Gutieri

MOSCOW – “If free and fair elections are held, we will defeat Putin. I have no doubt – as Navalny declared last year – but the Russian president is crazy about money and power. He will do everything to stay in power. Of everything. ”Until the poisoning or killing of opponents.

Since August 20, blogger and political dissident Alexei Navalny has been poisoned by Novichuk, a powerful Russian-made nerve gas, there has been a resurgence of talk of the undemocratic drift of Putin-ruled Russia and the growing list of the Kremlin’s wanted murders. . There are many names of those who lost their lives trying to oppose Putin. In recent days, Navalny’s collaborators have sounded an alarmist cry that the opponent is “dying” due to insufficient care at the prison. “People usually avoid the word” die. “But Alexei is now dying,” In his case, a matter of days, “a spokesman for the Russian dissident wrote on Twitter.

Navalny is arrested
The painful situation in which the opponent found himself aroused harsh criticism of the Russian regime from the United States and European countries. Joe Biden said he was considering a “series of measures” to be imposed in the event of Navalny’s death while Joseph Borrell, the European Union’s foreign policy chief, warned that “Navalny’s health officials will respond.” For its part, the Kremlin responded by declaring, “We do not accept in any way the statements made by representatives of other countries.” As you remember, the defector was arrested in January on his return to Russia from Germany where he was cured of the potentially fatal poisoning. Navalny himself denounced the fact that even during his previous prison detention they tried to poison him. Sure enough, he was experiencing a severe allergic reaction and a doctor confirmed that it could have been caused by an attempted poisoning.

Navalny is serving his sentence of 2 years and 5 months in prison for embezzlement in the old penal colony of Pokrov. On March 31, the opponent began a hunger strike to demand proper medical treatment for the back pain and numbness of the legs and hands he suffers from. Currently, after his health deteriorated, he was transferred to the ward of IK-13 Punitive Hospital, which specializes in medical monitoring of prisoners, although the defector’s staff has announced that, in fact, he has “transferred him to the same torture colony,” indicating that his health condition Miserable with high fever and coughing. Moreover, 20% of the inmates inside this hospital have tuberculosis.

The case of Anna Politkovskaya
The whole world is watching with impatience the development of the situation, hoping that the name of Alexei Navalny will not expand the list of the dead on the order of Moscow. Numerous examples of now murdered opponents have made it clear that violating the Tsar’s will cost lives because Putin built a political system in which public control is almost complete. Anna Politkovskaya was a journalist, and for years she had courageously denounced what was happening in Chechnya, a country torn apart by war. Here, Russian military forces violated all human rights with impunity with torture, violations and massacres of civilians. Politkovskaya denounced all of this in her newspaper, Novaya Gazeta, and in early 2004 an attempt was made to poison her with tea served during a flight. Exactly what happened to Navalvny 17 years later. 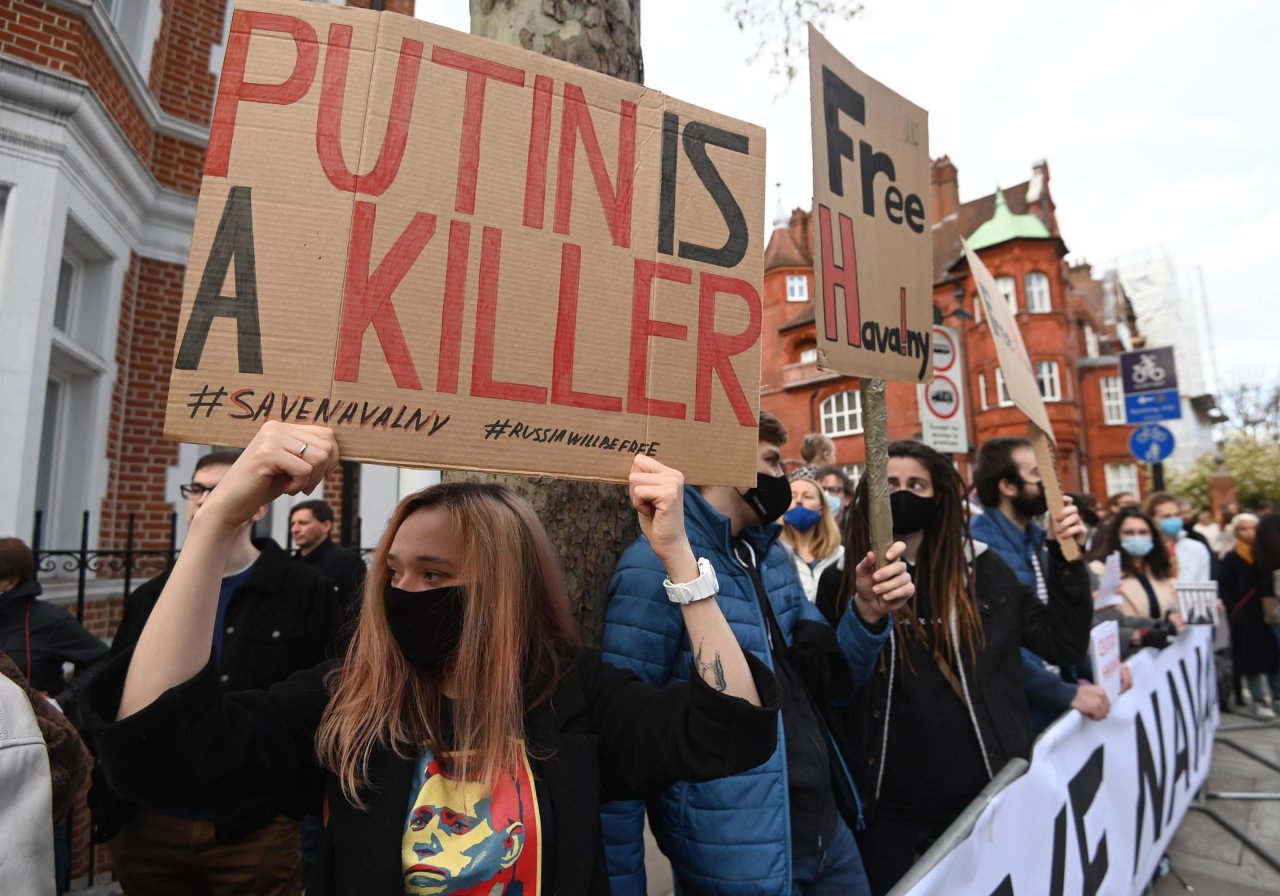 The journalist survived, but on October 7, 2006, on Putin’s birthday, she died at the entrance to her home, where two men shot her four times in the head. A Makarov BM pistol and four cartridges were found next to the corpse. Not even a government official attended his funeral. The third trial for the murder of the journalist ended with harsh sentences for all the accused, but the investigators have not yet tracked down the perpetrator of the crime.

Berezovsky, Litvinenko and polonium
According to intelligence sources, the name Anna Politkovskaya appeared in the list of people unpopular with the Kremlin, which also included Alexander Litvinenko and businessman Boris Berezovsky. The latter, called the “Godfather of the Kremlin”, was an engineer who became a billionaire in the post-Soviet period. He was found dead in 2013, under suspicious circumstances, in the bathroom of his London home. Berezovsky was a supporter of Boris Yeltsin and in clear opposition to Putin. Deprived of his assets after being convicted in absentia of fraud and embezzlement, he long ago sought refuge in Great Britain, where he became the main financier of the Kremlin opposition.

READ  Free trade a 'solution to the challenges' of Covid-19, according to APEC ministers

In his circle of acquaintances there was also a former KGB officer Alexander Litvinenko who was killed on November 23, 2006 with the use of radioactive polonium. Litvinenko became an important collaborator with the British intelligence services and was stopped by the FSB, the Federal Security Service of the Russian Federation, for exposing a plot to kill Berezovsky. Before his death he had time to accuse Putin of being the instigator of his murder and Politkovskaya. Instead, Viktor Yusenko, the former Ukrainian prime minister from 1999 to 2001, as well as the president of Ukraine from 2005 to 2010. In 2004, when he was running against the Russian candidate Yanukovych, he began to suffer from a mysterious illness that manifested itself. It is accompanied by a profuse rash that left permanent scars.

Toxicologists who examined his condition diagnosed the presence of dioxin 6,000 times higher than normal, and Gusenko himself mentioned that he suspected a dinner with some Ukrainian intelligence advocates, during which, oddly, a single-portion course was presented. After learning about the dioxin used, the politician’s staff sent a request for information to 4 laboratories in the world capable of producing it, and only the laboratory in Moscow refused to provide an answer. Years later, it was discovered that a secret agent present at the offending dinner had left Ukraine for asylum in Russia.

Colonel Scribal was poisoned
Another symbolic story is the story of Sergey Viktorovich Skripal, a colonel in the KGB, convicted in 2006 of high treason in favor of British intelligence. Released through an espionage exchange with the United States, he was released in 2010 and acquired British citizenship. On March 4, 2018, in Salisbury, he and his daughter Yulia were victims of nerve gas poisoning, specifically Novichok. Moscow has always rejected the accusations, while for the British government there is a “high probability” that Russia was involved in the case. The existence of two Russian tourists, Alexander Evgenevich Petrov and Ruslan Timurovich Bouchirov, is still questionable, as they were near Scribal’s home in suspicious situations. The two were later identified by both the British newspaper “Bellingcat” and the Russian “The Insider”, as active agents of the Russian Military Intelligence.

READ  Reshuffle to London, a Johnson loyalist to foreigners

According to the reconstruction, the two workers sprayed Novichok nerve gas on the door handle of the Scribal house. Once in contact with the poisonous substance, the father and daughter lost consciousness on a stool near the house, and fortunately, a passing nurse helped them who noticed that they were frothy from the mouth. All members of the Scribal family now live with another identity in New Zealand.

In 2012, Alexander Berberylishny, the Russian businessman who collaborated with Swiss investigators in the Hermitage Fund scandal, died in London by providing them with important investigative items. When he went out for a jog, he died suddenly and initially thought of a natural death, only to find in his stomach the traces of Carolina Jasmine, a very toxic flower. Instead, Karina Moskalenko, a lawyer and human rights activist, who was the first to win a case against the Russian Federation in the court of Strasbourg, survived an attempted poisoning. On October 14, 2008, the husband discovered that his wife’s car was filled with toxic mercury.

According to experts, the use of poison to kill political opponents is a clear message that there is no point in leaving Russia or resorting to other countries, just as there is no point in living under guard. Poison says that the fate of those who betray death suffer. Especially if you have summoned “Tsar” Putin. 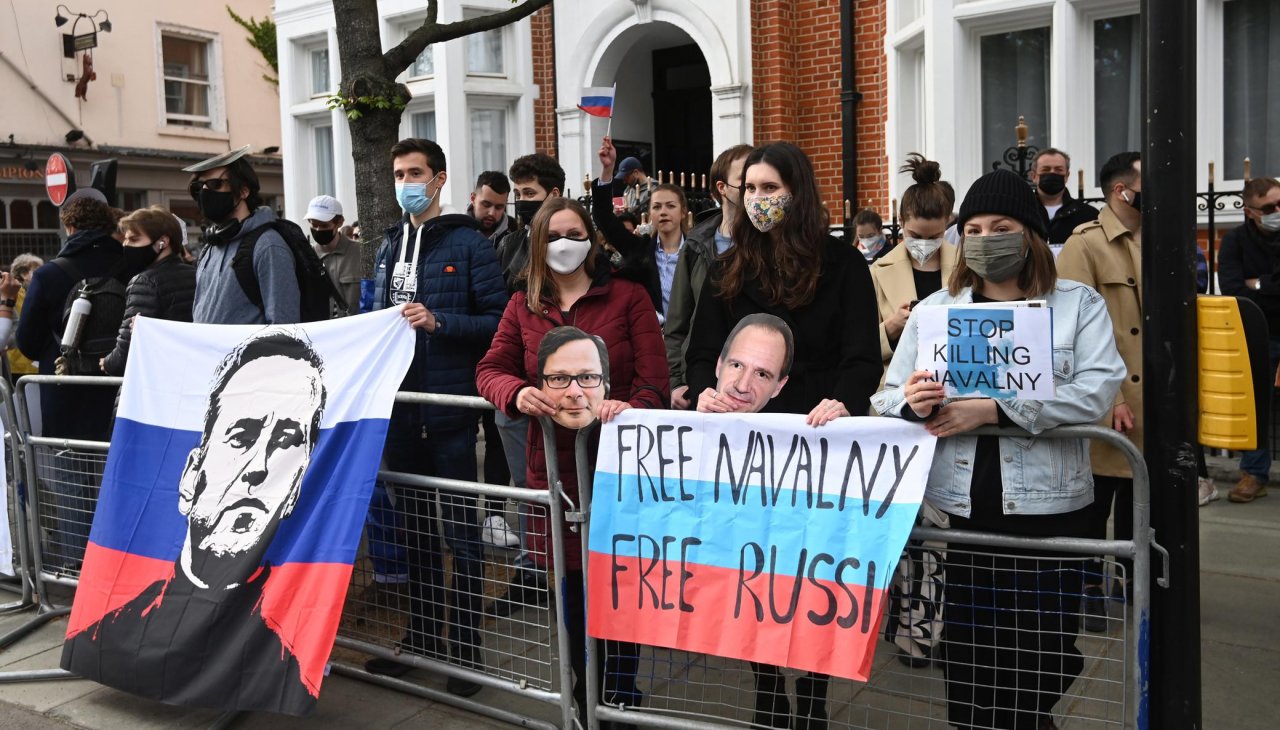