At their summit this weekend in England, G7 leaders announced a donation of 1 billion doses – out of 870 million doses on top of commitments made since February – either in kind or in the form of financial assistance for the international Covax distribution system.

“We need more, faster. More than 10,000 people die every day. (…) These communities need vaccines, and they need them now, not next year!” The Director-General of the World Health Organization, Tedros Adhanom Ghebreyesus, criticized it at a press conference.

“Currently, the virus is transmitted faster than the global distribution of vaccines,” he lamented.

If part of the population of rich countries returns to normal life thanks to vaccination, progress is still fragile in the less fortunate countries, largely deprived of vaccines.

Covax has delivered more than 85 million doses to 131 countries and territories as of June 14, far fewer than expected.

Not one, but eleven billion. 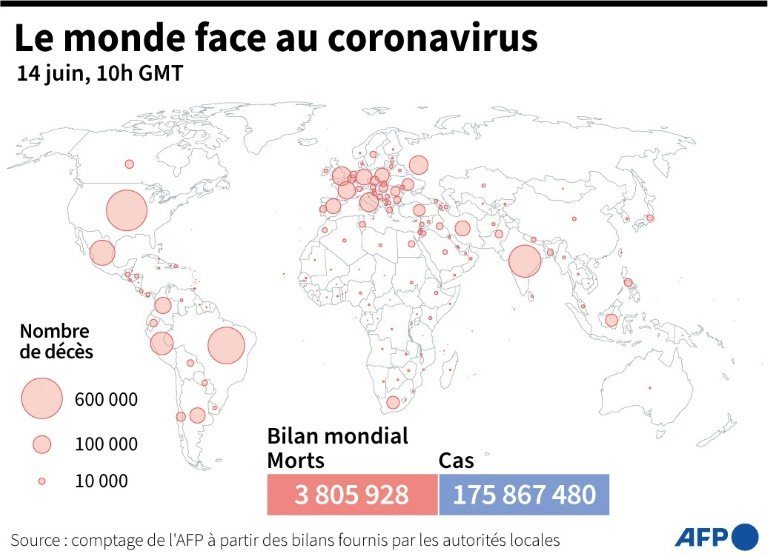 NGOs and WHO partners are also concerned.

“We need more clarification on the actual number of doses given and the exact time it will take to fulfill their promises,” Yuanqiong Ho of Doctors Without Borders told AFP.

The World Health Organization wants at least 70% of the world’s population to be vaccinated by the next G7 meeting in Germany next year. “To make that happen, we need eleven billion doses,” Dr. Tedros said.

READ  In Mama, Laurent Gbagbo charts the axes of his position in the political game

According to Helen Clark, who co-chairs an expert panel to assess global epidemic management, high-income countries have allocated 4.3 billion doses.

Even with two doses per person, “there are still two billion doses to redistribute,” the former New Zealand prime minister said, ahead of the G7 summit.

However, dose-sharing is only one of the focus of the G7’s health battle plan.

The summit outcome document includes a series of commitments to prevent another pandemic. It will be about reducing the time frame for developing vaccines, treatments and diagnostics, with the hope that in less than a hundred days the world will be ready to deal with the sudden disease.

The other component will focus on strengthening health surveillance and implementing WHO reform to make it more robust.

A daunting goal without China, which does not appreciate the G7, which it described as the “clique” formed by Washington. Especially since decisions at the World Health Organization tend to be taken unanimously.

Ilona Kekbosch, founder of the Center for Global Health at the Institute for Advanced International Studies and Development in Geneva, is also skeptical about the G7’s willingness to strengthen the UN agency: “I will believe this when contributions to the WHO increase.”

For Oxfam, it is necessary above all to resolve the issue of patent suspensions on vaccines, in order to speed up their production.

A finding shared by Human Rights Watch (HRW), while negotiations on the subject have just been launched at the World Trade Organization (WTO) after months of discussions.

As Aruna Kashyap of Human Rights Watch told AFP, “Focusing on vaccines and making charitable donations is not enough. The failure of the G7 to support a temporary rollback of global intellectual property rules is fatal to the status quo.”

For the WHO and its partners, the issue of funding is also critical to ending the pandemic.

More than $16 billion (€13.2 billion) is still needed this year to fund the international mechanism responsible for accelerating access to COVID-19 tools (ACT Accelerator), in particular to support the distribution of treatments, oxygen, testing and protection. equipment.

“$16 billion is less than 1% of annual military defense spending around the world. We can certainly spend 1% of that to save lives and end this pandemic,” said Michael Ryan, director of the WHO’s Health Emergencies Programme. At the press conference.

“If you see me crying”: What are the “stones of hunger” that have recently re-emerged due to drought?

26 people died due to the fires that affected 14 departments, according to the Algerian Minister of the Interior