The Monigo Stadium in Treviso has been selected by the Italian Rugby Union to host the Italy-Argentina match valid for “Autumn Nations Series”, the triple test match that from November 6-20 will see the Italian national team debut on the orders of technical commissioner Kieran Crowley (former coach of the Benetton rugby team). Specifically against the All Blacks who, as a player, have worn their black shirt, on 19 occasions , Lifting the World Cup in 1987: Appointment for Saturday 6 November at 2 pm at the Olympic Stadium in Rome.

The second fall match, on Saturday 13 November at 2pm, against Argentine Pumas, will bring Italrugby back to the grass they lost exactly twenty years ago, the Stadio Comunale di Monigo in Treviso, home of the Benetton Rugby and where the last precedent is dated 10 November 2001 , Italy’s victory over Fiji 66-10. To close the international window in November for Italy coach Crowley, on Saturday 20 November, the test match against Uruguay in the unprecedented setting of the new “Lanfranchi” in Parma: the Zebras stadium will host the challenge for South America, champions of the greatest achievements of the Rugby World Cup 2019 with the surprise victory over Fiji. All Italy matches in the “Autumn Nations Series” will be broadcast live, in clear and paid-for, on Sky Italia channels. Test match tickets From the Autumn Nations series at sport.ticketone.ite. All information regarding prices, segments and promotions will be available soon on the ticket portal

READ  Freshness to go to Montauban 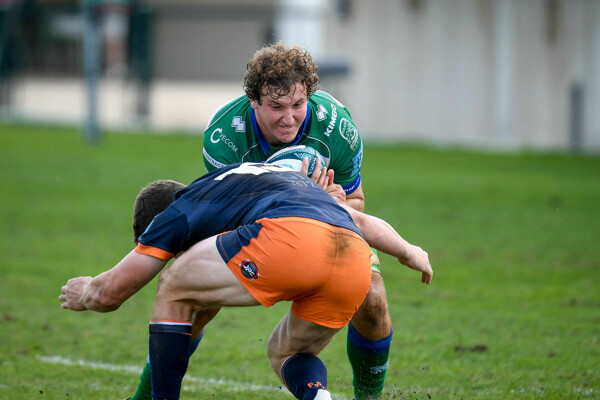 “We are ready to embrace our community once again. The great Italian rugby family can finally return to the national side to support the Azzurri and we couldn’t be happier. We’re experiencing the reboot moment from several perspectives, all exciting: the return of the audience goes hand-in-hand with the debut of a new cast, with a group of youngsters that have recently made their appearance on the demo match arena, or might deserve a first chance this fall. Treviso and Parma will give our Azzurri team a chance to play and win back on the international stage in front of their most loyal fans, in the two stadiums they see as champions with Benetton and Zebre on the weekends, strengthening ties with our home grounds in two factories – as evidenced by the recent Rugby World Cup qualification tournament in Lanfranchi and the Rainbow Cup Final – they can successfully host major international events. We have chosen three ideal cities to come together and to make the national team feel the warmth of Italian rugby, maintaining and renewing the connection with our roots, with the people of rugby. Glad to be able to find him again very soon » Comment from FIR President, Marzio Innocenti.

By Whitney Wade 8 hours ago

By Whitney Wade 24 hours ago