Psyonix is ​​excited to announce Rocket League Sideswipe, a new standalone Rocket League experience built from the ground up for mobile platforms that will be released later this year!

Psyonix is ​​working hard on this free mobile game for iOS and Android that takes the central and competitive gameplay of Rocket League and reinterprets it for mobile devices. In Rocket League Sideswipe, players compete on the field from a new perspective in 1v1 or 2v2 matches. The games will be fast-paced, two-minute duration that you can play with friends near or far thanks to playing online.

Psyonix targets a global version of Rocket League Sideswipe later this year for iOS and Android. Starting today, players in Australia and New Zealand can participate in the regional alpha test for a limited time on Android through the Google Play Store. More information about future betas will be released in more regions in the coming months. 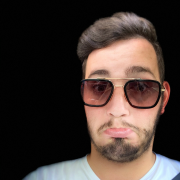 By far the youngest and newest member of the editorial team. He’s been playing since Gameboy Advance…. (Like I said, much smaller). It did start with PlayStation2, but has since remained true to the brand.