Puglia has something to be proud of because of her science class, especially if she’s a woman. International award these days, the “50 Women in Robotics You Need to Know” Award for Professor Maria Pia Fanti of the Polytechnic in Bari. The inclusion of the Professor of the Department of Electrical and Information Engineering at the Polytechnic of Bari in the 2021 edition of the prestigious international award “50 Women in Robotics You Need to Know”. This is a recognition attributed by “Robohub” dedicated to 50 women of the world, who have distinguished themselves in the field of robotics with contributions at the highest scientific and technological level. Every year, since 1989, biographies of “Women in Robotics You Should Know”With the aim of providing a role model for inspiration for women entering the world of research in the field of robotics and automation. 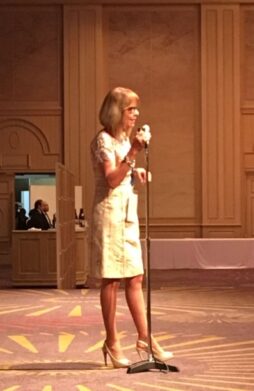 Professor Maria Pia Fanti studied electronic engineering at the University of Pisa, where she graduated in 1983. Since 2012, she has been a full professor at the Polytechnic School of Bari. “Full Professor of Systems and Control Engineering” and Head of the Control and Automation Laboratory of the Electrical and Information Engineering Department at Poliba, the Bari teacher is an internationally recognized expert for her research that includes dynamic discrete event systems, Petri networks, detection and fault isolation, rapid manufacturing and road traffic control. In 2017, she was also named an IEEE Fellow for “contributions to the modeling and control of discrete event systems”.

A recognition that rewards, with the scientist Maria Pia Fanti, the entire Bari Polytechnic which once again proves to be among the world’s excellence in terms of research and application of new technologies, such as robotics.