While in many countries it is already 2021, people in Europe are still preparing for the start of the year. In Germany, for the second time since the start of the Coronavirus pandemic, shops, restaurants and bars are being closed strictly.

This time there was a general ban on selling fireworks before New Year’s Eve. The main goal is to exempt hospitals from more patients. Tighter measures prevailed with night-exit bans in Italy and France, for example. Like almost all countries around the world, Switzerland and Austria will start the new year very cautiously. 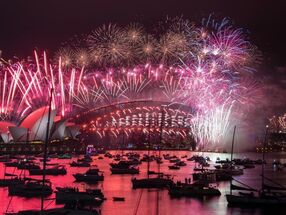 The biggest German New Year’s Eve celebration in Berlin has been canceled this time – including high-altitude fireworks over the Brandenburg Gate, suitable for television. ZDF wanted to broadcast a program from there in the evening without an audience. Berlin Senator for the Interior Andreas Geisel (Social Democratic Party) and state president, Federal Minister for Family Affairs Franziska Geffe, visited police officers on their New Year’s Eve afternoon mission. In the victory column, the politicians met with a hundred of them and thanked the officials for the work they had done. The police operate in Berlin at night with around 2,900 soldiers.

Many parties and fireworks outside have also been canceled, including celebrations in Amsterdam, London and Rio de Janeiro. The German Town Association has called on people to refrain from any fireworks due to the Corona events, even if you have old stock or purchases from abroad. After all, the German fire association fears violence against the emergency services. In recent years, there have been frequent attacks on New Year’s Eve. Some trouble is expected this year due to alcohol restrictions and fireworks bans. 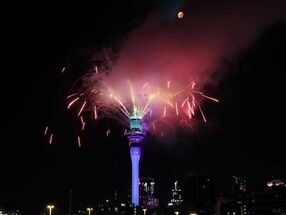 As early as 11 am CET, the Samoan people were the first in the world to celebrate the start of the year. An hour later, at 12 noon CET in New Zealand, the fireworks set off. Unlike many other countries, the island nation located in the South Pacific has not recorded any local cases of Corona in more than a month. Therefore, music festivals and fireworks displays were held without restrictions on the number of visitors or other restrictions.

Spectators were not allowed to witness the fireworks at 2 pm CET in Sydney Harbor and the Opera House in Australia. Authorities threatened fines equivalent to more than 620 euros if someone overcame barriers. Observers reported that Sydney was like a ghost town. The world-famous fireworks lasted only seven minutes instead of the twelve minutes as in the previous year.

In the hours that followed, countries in Asia gradually followed: at 4 pm, Japan and South Korea were on their way. In the South Korean capital, Seoul, for the first time in nearly seven decades, the traditional bell-ringing ceremony in the Poussinjak Pavilion could only be seen on television and on social media.

The start of the year follows at 5 pm in the Philippines and Malaysia, as well as in Taiwan and China. There are no longer any major restrictions on Corona in China. However, New Year’s Eve is not of particular interest to the Chinese either. According to the traditional lunar calendar, the new year does not begin until February. Only then will there be a large travel wave. However, fireworks set off in some cities on Friday morning. Something was also planned in Wuhan, the city of the Corona outbreak. At 6 pm, you enter Thailand and Vietnam in 2021. 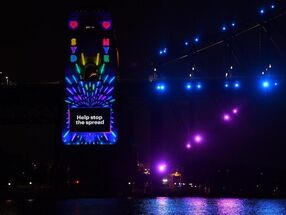 At 9 pm CET, the new year has begun in the United Arab Emirates, among other places. A spectacular fireworks display has been planned there in Dubai on the tallest building in the world, the 828-meter-high Burj Khalifa. Despite the curfew with Corona, there should be a big show of fireworks in the Kremlin in Moscow – 10 pm CET.

In South America, people have to wait a little longer: parts of Brazil and Argentina can only welcome the New Year at 4am CET, followed by New York at 6am, Los Angeles at 9am and Honolulu in Hawaii at 11am . 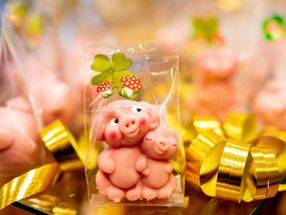 In New York, Times Square’s “ball ball”, a bright and shining crystal ball on a pole, is said to occur in front of a few people rather than the usual thousands.

It will take until 1 PM CET on January 1st for the whole world to slip into the new year. The last of them are the uninhabited islands of Baker Island and Howland Island in the Pacific Ocean. 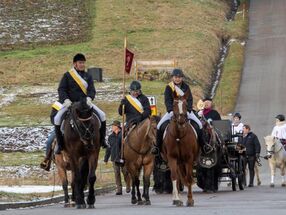 The Horse Pilgrimage: A group of knights on their way to the New Year’s Eve church, which was built after an outbreak of a cattle epidemic in the 17th century. Photo: Stefan Puchner / dpa (Stephan Buchner / dpa)