Mountain bikers on the Queen Charlotte Trail have a view of the water. Photo: MarlboroughNZ / dpa-tmn (Marlboro NZ / dpa)

Picton (dpa / tmn) – Usually anyone who comes to Picton will want to relocate soon. You can have a great flat white drink in the cafes overlooking the waterfront and overlooking the sea. But then, most of them take a ferry to New Zealand’s North Island. Or, they drive their rental car south on the coastal road.

They are all missing out on something:
Queen Charlotte Track, A 72-kilometer path meandering along bays and on top of hills between two impressive straits of southern seas. It has been an impressive five-year excursion, making it one of New Zealand’s 22 distinct bike paths. 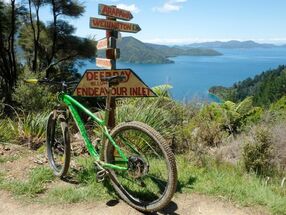 The number of cyclists who rent mountain bikes in Picton increases year by year. One reason for this is likely the trip to the starting point: crossing in the mail boat, which is so enchanting that many tourists book it as a day cruise. 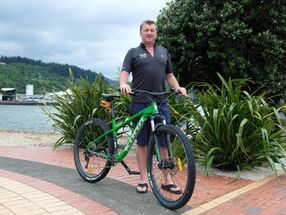 The boat plows from the bay to the bay through the sound of Queen Charlotte, everywhere there are densely forested hills. With a little imagination, you can still see that the entrance was once a river valley, like all the fjords branching into Malborough Sounds. When the sea rose at the end of the last ice age, it drifted into side ravines and valleys. And create such a beautiful maze.

READ  The 36th America's Cup was watched by 941 million spectators

As early as the mid-1800s, day hikers came here from Wellington in boats and seaplanes over Raw Cook Fjord, and some vacation homes were built. Its successors seem to appreciate solitude to this day. Their homes are scattered in bays in the distance. An old man with a broad jawline and a white mustache waits in Blackwood Bay. The captain passes a rough sack of cloth to him with his mail through the side window, the two talk for a moment, then the boat takes off again. 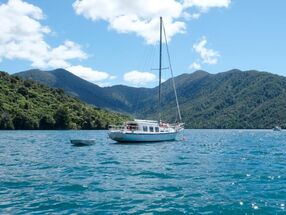 The captain calmly steers the boat from one bay to another. So suddenly he collapsed and drove in the middle of a swarm of short-tailed shear water. Dolphins chase seabirds, snorkel and jump in the air. “These are black dolphins,” the captain explains. “The smallest of the four dolphins is here.”

James Cook sailed these estuaries 250 years ago. The explorer raised the British flag on the island of Mutwara, which is now a haven for birds free of predators, claiming the entire southern island of New Zealand for the British crown. But the great explorer is permanently anchored in the bay where the Queen Charlotte path begins today. Cook spent a total of 168 days on Ship Cove, spread over seven years. 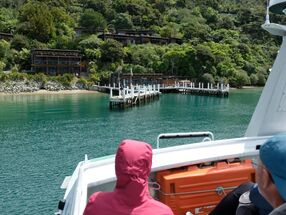 It’s easy to see that Cook loved it here. Tree ferns and club lilies grow around the turquoise bay, and the clear water bursts into a stream. Great start to the tour.

A touch of luxury in nature 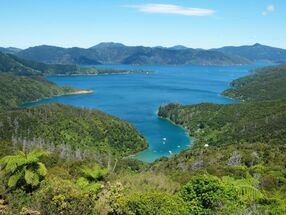 READ  Sail in celebration in Barcolana

You arrive relaxed at the first hostel in the evening happy. A fountain in front of the more than 100-year-old Furneaux Lodge, cobbled pathways lead to cottages and a cylindrical bathtub with 39 ° C water, overlooks the bay: a luxury New Zealand walking path. As a general rule, you have a choice between a tent and a dormitory for mattresses. However, there are around ten inns, hotels, and resorts on the Queen Charlotte Trail.

Freshly raining and well-fed, you can ride your bike in the morning and ride along the entrance to Endeavor, through scattered forests and over the many wooden bridges. The section from Ship Cove to Camp Bay is the most popular of the entire route. But you hardly meet people this morning. the way is long. But at least one detour must be made: to Punga Cove Resort. 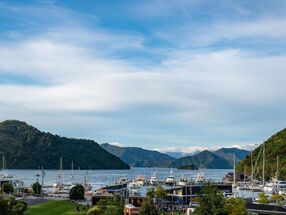 Reggae whispering in the cafe on the sailboat dock, and the sailboat is located in the turquoise sea. “Many cyclists take a break here,” says Mariana Tiran, a 25-year-old waitress from Mexico. “Some also hike off Ship Cove, pick up the bike delivered by the mail boat and keep driving.”

It sounds strange, but there is a good reason. From early December to the end of February, the road from Ship Cove to Punga Cove is closed to cyclists – almost all summer. 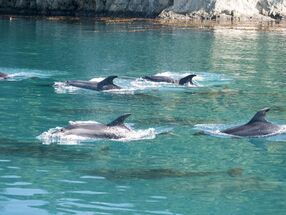 The captain discovered them: dolphins could suddenly be seen from the mail ship. Photo: E-Ko Tours / dpa-tmn (E-Ko / dpa tours)

Behind Punga Cove, the path climbs steeply for the first time. Although caffeine is high, you have to get off and pay. Fortunately, after a quarter of an hour, the trail joins a path that leads more comfortably to the saddle – where the next steep climb awaits.

In the end there is still a visit to the zoo 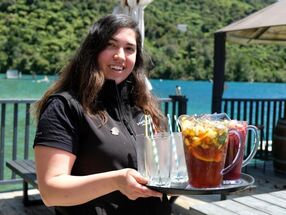 It is always up and down the hilly path. On the sun-filled hills, studded tires meander over a rocky path, in magnificent curves you speed through the pine trees and southern beech forests, in the shade of the thick canopy, the mud splashes all the way to your neck. Time and time again, great views open up over the fjords.

Behind the Torea Saddle you have to propel the bike up a steep slope again. Exhausted and exhausted, wander the “Lochmara Resort” in the evening, after escaping from alpacas and llamas – the hotel also has a private zoo. Hundreds of visitors come daily to feed goats and parrots in the cage or stingrays in the bay. In the basin there is a starfish that you can touch. And at night, larvae of long-horned mosquitoes glow in the bush. Nobody here wants to go any further so quickly. 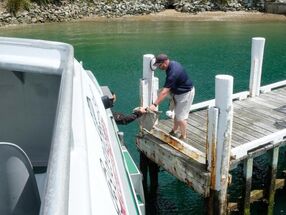 In addition to their correspondence, the inhabitants of the fjords also receive purchases from the mail ship. Photo: Florian Sanktjohanser / dpa-tmn (Florian Sanctjohanser / dpa)

“I am like a bird waiting on the wing,” jokes the future pensioner of La Rochelle Victor Vito