Chinese scientists have discovered nearly 1,000 microbes, bacteria and viruses trapped in the glaciers of the Tibetan Plateau. With global warming, these microorganisms are released and threaten the surrounding population.

According to the Intergovernmental Panel on Climate Change, melting ice is one of the biggest threats to the planet. In Tibet, home to nearly 46,000 glaciers, heat gradually releases bacteria, viruses and other microorganisms, as well as carbon and methane.

Thus, a team of Chinese scientists discovered 968 different types of microbes that live in extreme conditions: freezing temperatures, high levels of solar radiation, and virtually no food source. According to Futura ScienceThey have the ability to freeze and thaw depending on the temperature. Chinese scientists are currently carrying out a research project entitled “Catalog of Tibetan Glacier Genomes and Genomes” (TG2G), which is bound to be supplemented by the discovery of new organisms as research continues.

The Tibetan Plateau is an important source of water supply for nearby Asian cities. This plateau, also called the “water tower of Asia”, is warming three times faster than the global average. In fact, climate change has already caused 80% of the plateau’s glaciers to shrink. According to the World Meteorological Organization, “Most of the Tibetan Plateau experienced a decrease in snow days between 1980 and 2016, with an average decrease of less than 2 days per year over nearly half of the region, and more than 4 days per year in certain regions.” The dispersal of these greenhouse gases into the atmosphere will again exacerbate the warming, as well as the release of microorganisms that will flow into the lands and waters of Tibet.

Scientists believe that it is necessary to classify the microbes of these glaciers in order to assess their consequences. Already 3,241 genomes from 21 glaciers were counted between 2016 and 2020, showing that 82% of the genomes are new species, 11% of these species were found in the same glacier and 10% in all glaciers studied. 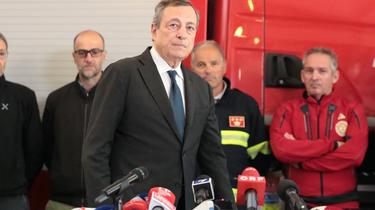 In 2021, another study by Chinese scientists identified 33 viruses (including 28 unknown) trapped in the Julia Ice Shelf in Tibet. Some of these discovered viruses have been estimated to be over 15,000 years old.

By Daniel Jacobs 26 mins ago