We are at a loss. This damned epidemic never ends. Our lives are turned upside down. Our friendly relations are suspended. Governments are doing their best to save lives, and the healthcare system, in spite of everything we are fed up with. What reconciles us with all of this is that we believe in science. However, the science is not a polished fact. Science is sometimes approximate and often trial and error. Nothing is more strange in science than providing simple and definitive answers to a particular problem. Science has a broad history at this time of pandemic. Free thinking about science and its foundations.

What is the science?

If we take the time to consider the definition of the word science in the dictionary, we learn that it is a feminine noun which means: A coherent body of knowledge related to specific classes of facts, things or phenomena that are subject to laws and / or are verified by empirical methods. “(Dictionary Larousse)

This is relatively straightforward, but if we refer to such an encyclopedia Universales, We find the same meaning, but we learned that science has evolved over time. The knowledge of thinkers of antiquity, where we find its beginnings with the Greek flag. To be precise, it is necessary to refer to the Greek sciences to be understood as a set of questions, methods, and consequences in the origin of mathematical and scientific thought, which will develop from the eighth.e Century BC until today. Historically, we can say with confidence that in ancient Greece science was born as a rational thought, under the impetus of philosophers.

At the same time thinkers, physicists or religious leaders. However, the term ScienceIt should not be taken at face value: the influence of philosophers, speculation, invention is part of Greek knowledge, and the scientific position, as well as knowledge derived from it is what interests us here.

After that, science developed under the influence of religious people for a long time. The quarrels of great scholars like Galileo with the Church at the time of the Inquisition are a useful reminder of this. Without providing a justification for it, with us, the Church and Science had not always met. Historian Yves Gingras has also dedicated an excellent work to her titled Impossible dialogue. Science and Religion It was published in 2016 by Éditions du Boréal.

What complicates matters individually to understand the foundations of science is the triumph of relativism in our time. I explain myself by redefining science. 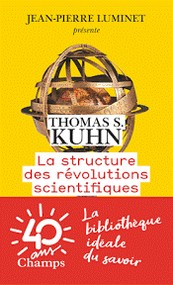 Science is a coherent body of knowledge related to facts which have been verified by observation and experimentation and according to a unified scientific method. This means that the experiments conducted and established as evidence to validate a hypothesis or predict the law of nature must be verifiable by a community of peers. Thus, science is not static over time, but rather develops and evolves according to methods of experimentation, available technologies and the evolution of the humans who make up the peer scientific community. We owe it to Thomas Kuhn with the idea that science develops according to models linked to specific historical societies. So yesterday’s science is not necessarily today’s science. In Cosm’s words, science is based on models. A model according to Thomas Kuhn, who revealed it to us in his book on scientific revolutions in 1962 (Thomas Kuhn in his masterpiece entitled: The Structure of Scientific Revolutions.), It consists “The scientific discoveries that are universally recognized and which have, for some time, presented a group of researchers with model problems and solutions.” A model can be changed or completely questioned if it fulfills a certain number of experimental conditions or incorporated into a new paradigm. Scientific revolutions lead to paradigm shifts that require time to penetrate the scientific community, as the proposed new paradigm must overcome cognitive obstacles and be strong enough to challenge the previous paradigm. A “scientific truth” at a given moment can only represent a temporary consensus within this society, as paradigms fluctuate, especially in the humanities and social sciences, and particularly in economics.

For Kuhn, the concept of the model is related to the world of science, but many have expanded it to include all of our knowledge. A paradigm is the set of beliefs based on scientific certainties that define our worldview. Model thinking is thinking inside the box, within the logic of an era. In this sense, it is necessary to know how to perceive that even a science that wants to be objective suffers from the limits of the paradigm in which it closes.

This also streamlines your search. For example, researchers currently only have it for COVID-19. What is legitimate under the circumstances, but how important and important is the basic research of our roadside future in this particular context? Research funding amplifies this phenomenon. Which leads to the assertion that despite the claim and its habits, science is not neutral and above all is rarely definitive.

The world and politics 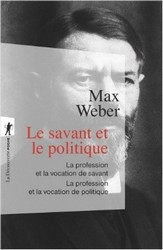 In a book published in 2019, sociologist Joseph Yvonne Terriault summed up Weber’s thinking well. Let’s read it together: “In these two lectures, Max Weber identified a practical dead end, which is impossible to achieve. He established a radical break between the vocation of the world which would be the search for the truth, and the calling of the politician, which 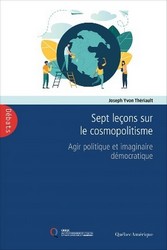 It will relate to emotion. These would be invitations that would be irreconcilable. The world wants to understand the world, and the politician changes it. Science is based on thought, rationality, politics, on morality, emotion, and even prophecy. If for a “politician” adding specific qualities to emotion a sense of responsibility and outlook (to obtain virtue, more intelligently, for virtue), for the world, it prevents him from having values ​​and emotions in short to give lessons. (Joseph Yvonne Terriault, Seven lessons in the world. Political Action and the Democratic Imagination [Débats], Montreal, Quebec America, 2019, p. 25-26).

Long turn to think together about the meaning of this confusion between public health and François Legault’s government. The nature of the activities of one (public health) and the other (government) alone explains the difficulty of coexistence between these two worlds. It is the political choice of the Legault government to hold joint press conferences with public health officials that creates the context in which we are. Doubtful choice because, by Prime Minister Legault’s admission, he’s the one who makes the decisions. Nothing could be more legitimate, because he is the one who should answer us. However, he could have clearly told us that public health has not recommended that two people wear the mask outdoors or wear a mask when playing golf or tennis. On this issue, the Prime Minister pressed Legault very hard and the population reacted vigorously. He had to hold back, but he lost some legitimacy. From now on, we must be wary of those who only have an argument that we must listen to science … really Mr. Legault!

On a mission to clean up space

Space to carry out administrative procedures

If science is said…