“The epidemic is not over anywhere until it is transmitted everywhere.” Gita Gopinath, chief economist at the International Monetary Fund (IMF), warned Tuesday: Uneven global vaccination is hampering growth and jobs.

The corporation slightly lowered its forecast for global growth for 2021 (5.9%), noting that logistical bottlenecks have caused port blockages, shortages of a range of materials and rising export costs.

Delayed lockdown and “big mistakes” and “fatality” in the face of the spread of Covid-19 have led to “one of the UK’s biggest public health failures”, where thousands of deaths could have been avoided, according to a parliamentary report released on Tuesday. 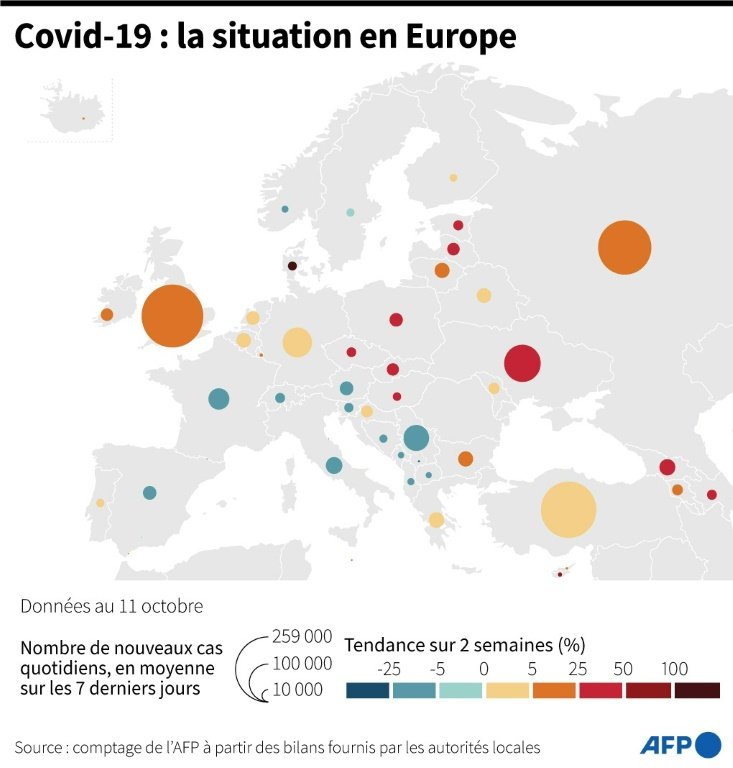 The study, conducted by two parliamentary committees after months of hearings, shows that Boris Johnson’s Conservative government, on the advice of scholars, has chosen a “step-by-step approach” rather than imposing a rapid shutdown.

– France: a plan for the “Battle of Independence” –

Produce more and ‘become a great nation to innovate again’: French President Emmanuel Macron on Tuesday unveiled a €30 billion investment plan, aiming to win the ‘battle for independence’ here in 2030.

The head of state noted that the health crisis “made us feel weak” and “dependency on the outside,” referring to the lack of masks at the beginning of the epidemic or France’s inability to produce a vaccine against Covid-19.

South Africa, which is fighting for equitable access to Covid vaccines, has embarked on designing Africa’s first messenger RNA (mRNA) vaccine, to end the continent’s adoption.

To date, barely 5% of eligible Africans are fully immunized. Africa, which lags far behind the rest of the world, is highly dependent on imports and doses donated by rich nations.

The German laboratory CureVac announced on Tuesday that it has abandoned the development of its first candidate vaccine against Covid-19, which was initially hoped for but its effectiveness was disappointing, to focus on a new, second-generation, more promising vaccine.

Texas Republican Governor Greg Abbott announced that he is banning all entities in his state, including private companies, from enforcing vaccine requirements on their employees or consumers.

The move comes a month after Joe Biden announced that vaccination will be mandatory for 100 million workers, federal government officials and private sector employees.

The British capital’s city council announced, on Tuesday, the cancellation of the New Year’s fireworks display in London for the second year in a row due to the outbreak of the epidemic.

“Due to the uncertainty caused by the COVID-19 pandemic, our famous New Year’s Eve spectacle will not take place this year on the banks of the Thames,” Mayor spokesman Sadiq Khan said. 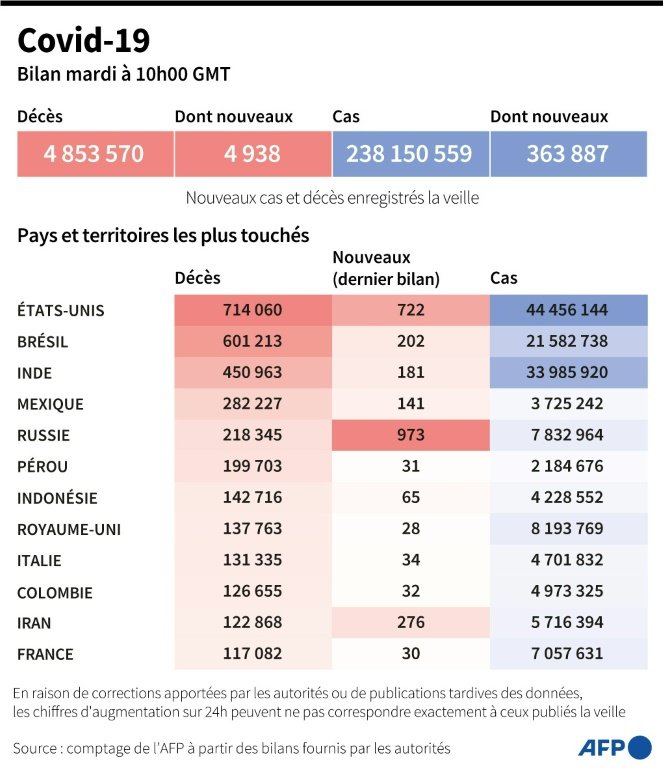 The pandemic has killed at least 4,853,570 people worldwide, according to an AFP report from official sources on Tuesday at 10 a.m. GMT.

READ  Who is Sherry Tenpenny, Antivax's fake news salesman and doctor in debt to the tax authorities?

The World Health Organization estimates, taking into account the increase in deaths directly and indirectly related to Covid-19, that the epidemic toll could be two to three times higher.

By Scott Matthews 40 mins ago