elden ring It’s been available for a few days now. FromSoftware was one of the most awaited games at the beginning of the year and it seems to be delivering on its promises to fans of the genre. However, the game is also talked about a lot due to its style and especially the optimization issues on PC as well as the frame rate on the console.

The experts at Digital Foundry have looked into the matter and today present their detailed analysis of the situation on “next generation” consoles after patch 1.02.

These are two graphics modes that are introduced in Xbox Series X | S and PS5. As is often the case, the first gives priority to frame rate and the second to image quality.

In its quality mode, Elden Ring runs at native 4K resolution on Xbox Series X and PlayStation 5 and at 1440p on Xbox Series S. This is a constant resolution and shadows are of significantly better quality than Performance Mode. The frame rate is then unlocked and generally swings around 35 to 50 fps.

In a mode that aims to prioritize the number of frames per second, the Xbox Series X and PS5 choose 4K dynamic when the Xbox Series S version runs at 1440p. The game aims for 60fps but rarely achieves that, especially on Microsoft consoles. 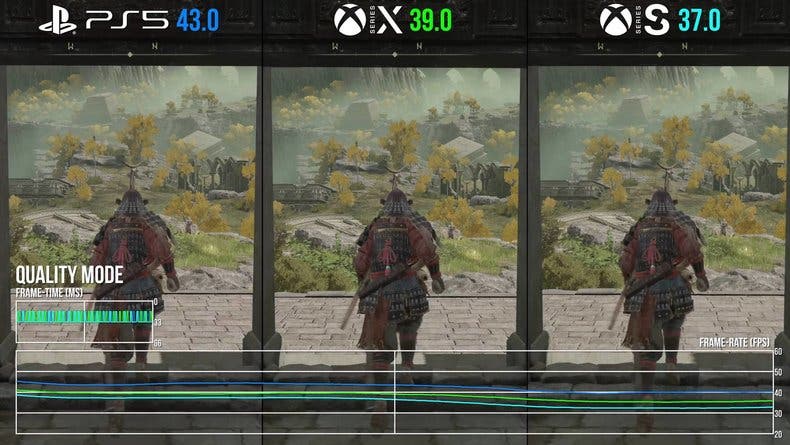 Even in “Performance” mode, the frame rate is unstable; A real drawback in such a game. While the PS5 offers higher performance overall than the Xbox Series X, it also fails to maintain a stable frame rate at 60fps.

Under these circumstances, the Xbox Series X and Xbox Series S have an advantage over the Sony console because they offer compatibility VR. This means that the screen can quickly sync to any frequency thus reducing the unwanted effects of an unstable frame rate. To take advantage of it, you must be equipped with a compatible TV and activate the option in the settings of your console.

The LG OLED CX in particular allows for signal correction from 40 Hz to 120 Hz. If this is not enough for the Elden Ring which sometimes drops below 40 fps in performance mode, it will still help greatly in improving the gaming experience.

Digital Foundry explains that this is currently the best way to enjoy the title and also recommends setting the refresh to 60Hz instead of 120Hz in the console settings.

For PlayStation gamers who want to enjoy a stable viewing rate, the best solution right now is to play the PS4 Pro version of the game on PS5. You will then have the most stable version of Elden Ring at a steady rate of around 60fps, but you will lose the graphic benefits of the next generation versions.

It is also possible to use the Xbox One X version on Xbox Series X for those who have the physical version of the Elden Ring, but this requires offline play and thus depriving yourself of game updates and part of the social experience. This obviously helps take advantage of a more stable frame rate. 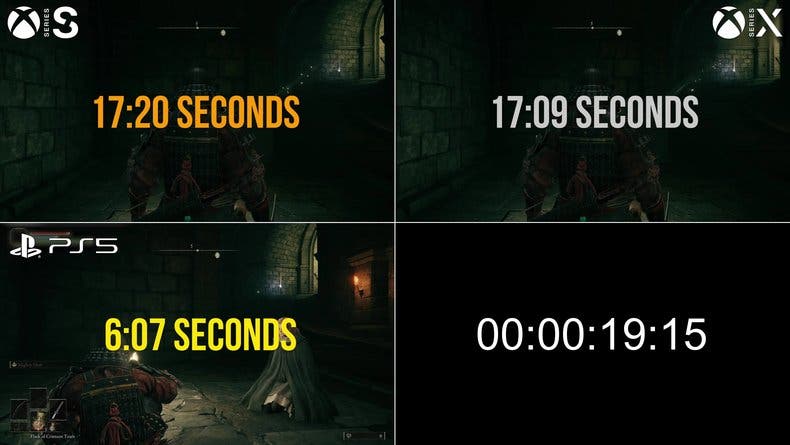 Finally, the question of load times was also raised which Sony console would have an advantage at this level over Xbox Series X | S. In general, we note that load times are very fast on 3 consoles; An important addition in a game where you spend your time dying and misusing fast travel.

Digital Foundry concludes by invoking weaker performance overall in the latest version of the game than in the technical test. Let’s hope that future updates will be able to rectify the situation.

Remember, Elden Ring is now available on Xbox One and Xbox Series X | S, PS4, PS5 and PC. for us Test Already available and if you are having trouble getting started, we also have a guide to help you Good start in the game.