The story of this single style will be told, from “Elio and the Tense Stories” to Today’s Fleet, passing through the America’s Cup captains in match races

>
After an eventful May, Circolo Vela Gargnano will propose the Italian Open (with Swiss crews in attendance) in a Dolphin 81 monotype from June 10 to 13.
The boat was signed by Ettore Santarelli. Its main creator was the Maxi Dolphin of Erbusco (Franciacorta-Lake Iseo), a shipyard that then produced a complete series of maxivela, first for the year of manufacture, the “Carmen di Bellavista” and the 36-meter “Viriella”; And today a whole new batch of MDs.
The 2021 championship comes with the defending champion “Barembo Terra Serena”.
It is led by Giò Pizzatti, an engineer in his day job, from Maxi Dolphin along with Luca Botter.

The Pizzatti Championship 2020 was won in the waters of Desenzano organized by Fraglia Vela Desenzano, for President Romana Fosson. The first Dolphin was launched in 1993 in Pilzone, on Cebino.
“Elio and the Tense Stories” was a tribute to Elio Sina, the father of sailing on the small lake halfway between Brescia and Bergamo.
Since then, more than 130 boats, including the Match-Race version, located off the coasts of Gargnano and Limone, have been built to mark the various Centomiglia Cups, aboard big names in the America’s Cup such as James Spithill (the first in two versions), Ed Bird .
Dean Parker, Jochen Schumann, Francesco de Angelis. The Dolphin Championship will take place on June 10 (Measurement Day) and June 11-13. The field of competition will be with robot floats stationed between the cities of Pogliacco and Gargnano, the organization of the Italian Circolo Vela Gargnano and the Italian Dolphin Class, all under the auspices and regulations of the regatta from the Italian Sailing Federation, partner Maxi Dolphin and #Visit Brescia. The titles at hand will be 3, absolute titles, national, and titles for the bosses.

The CVGargnano season will continue with the Youth Sailing School opening in mid-June, while in mid-July, over 350 laser enthusiasts from the Old Continent will arrive with Ilca (the new name for the Olympic song) boats. laser) for the European Laser Master 2021 programme.
From mid-August, the Gargnano Club will participate in Limone del Garda with the Persico 69F Youth Cup, in fact the race that will replace the Little America’s Youth Cup, which was due to take place in Auckland, New Zealand, just before the America’s Cup, which it later won Or, rather, defended by the «Emirates Airlines Team New Zealand».
This year, the following are collaborating with Cv Gargnano: Vanoli, UPM Cremona, Alpe del Garda, Dap Brescia, Marina di Bogliaco, Pernice Communicazione Bergamo, Confcooperative Brescia, Centrale del latte di Brescia, Lab Center, Vini Scolari, #Visit Brescia (Brescia) Tourism) ), Lake Garda Lombardy Consortium, Toscolano Paper, Benaco Energy, Kelov, Avant Garde. 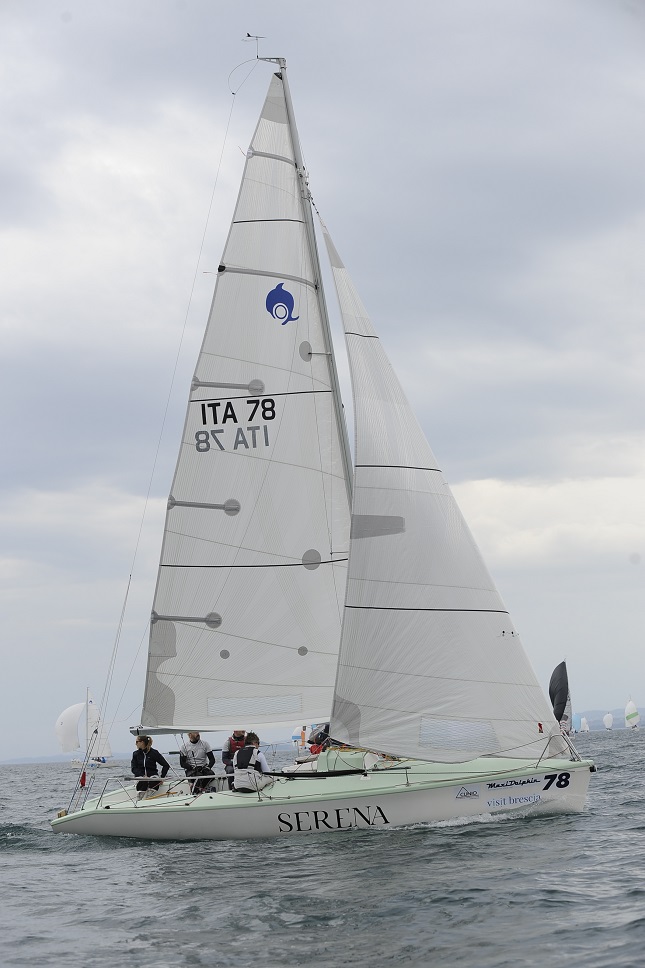