RKI reported 6,114 new infections within one day and 218 new deaths from Corona. State criminal police offices across Germany have reported more than 25,000 suspected cases of fraud for Corona emergency aid. All developments in the live blog

The number of confirmed new infections in Germany continues to decline. The Robert Koch Institute reported 6,114 new cases in one day in Germany. This is 2,240 injuries less than the day before. According to RKI, another 218 people died in connection with the virus, the day before there were 551.

For seven days, the infection rate continues to decline to 57.4 from 60.1 in the past. The value indicates the number of infections recorded per 100,000 inhabitants within a week. Federal and state governments initially aim to have a value of less than 50 in order to lighten the burden on the health system. From a constant value of less than 35, they were promised to open more slots.

According to a media report, there are more suspected cases of fraud in Corona emergency aid nationwide than previously assumed. Welt am Sonntag reports that the state’s 16 criminal investigation bureaus as well as the Financial Intelligence Unit located in customs are currently around 25,400 identifiable suspected cases. According to the current state of the investigations, the fraudsters had infiltrated to assist in “large millions of three numbers” on the basis of false information.

According to the report, more than a quarter of suspected cases are still pending in North Rhine-Westphalia and Berlin. In Dusseldorf there are 4,619 accidents, in the federal capital 2,600. In other federal states, the number of suspected cases is lower. Thuringia has the lowest number with a score of 70. The numbers could continue to rise. According to the newspaper, the Economic Crime Department in LKA Berlin has more than 10 thousand announcements that have not yet been processed regarding fraud support in emergency aid for Corona.

Study: The closure of the Corona border in early 2020 came too late

According to a study, the border closure in Europe about a year ago came too late to sustainably stop the Coronavirus. Researchers working with mathematician and biostatistician Tania Stadler of ETH Zurich reported in the specialist journal “PNAS” that there were already a number of local HIV infections in Europe on March 8, 2020 as brought in by travelers from abroad. The European Union closed the borders only on March 17th. The researchers had tracked the spread of the pathogen using sequenced virus genomes. “If the borders are closed with the aim of not allowing the virus to enter, it is too late for that,” Stadler said. In the event of contagion, as was already the case on March 8, the border shutdown would only make sense in connection with a strict restriction of communications in the country. Then reducing connections from outside will help slow the spread.

READ  The best Android phones to buy for 2021

According to a study, around 700,000 self-employed people in Great Britain have surrendered due to the current lockdown. The Research Center Resolution Foundation said this corresponds to nearly every seven and represents a 50 percent increase over the first shutdown in the spring.

The coronavirus pandemic has had a serious impact on living standards: more than two out of five self-employed workers have lost more than 25 percent of their income, and many government aid measures have not yet reached them. “The government should expand the eligibility criteria for support to help those who were previously excluded,” said research center financial expert Hannah Slaughter. As counterfunding, the government could, among other things, demand excessive grants for workers in this pandemic.

For weeks, there was a lockdown in Great Britain again with significant exit and contact restrictions.

New Zealand announced the first new case of corona since January, with three locally transmitted cases. According to Chris Hipkins, Coronavirus Measures Minister, those affected are a couple and their daughter in the greater Auckland city. Tests were currently underway to see if the infection was caused by one of the new and particularly contagious variants of the aura.

“Our system has responded. We are collecting all the data as quickly as possible,” said Hepkins at a hastily held press conference in the capital, Wellington. “And a system that worked well for us in the past is now preparing again.”

These are the first cases since January 24, when a person who came from Europe developed symptoms after being released from a mandatory two-week quarantine and tested positive. Previously, New Zealand had not recorded any locally transferred cases for two months.

Karlichik: An action plan to counter the backlog of learning associated with the pandemic

Federal Education Minister Anya Karlichik has announced an action plan to bridge education gaps among school children. After the pandemic, the school system will face “the tremendous challenge of reducing the educational deficit,” Karlichik told Welt am Sonntag. We should expect that the epidemic will reduce learning time for students, especially for underperforming children and adolescents. “This is likely to also be reflected in learning delay,” Karlichik said. It is discussing with the President of the Conference of Ministers of Education a joint work plan. The provinces are in charge of the school sector, but they want to provide support.

According to Karlichik, all recent international comparative studies have been fairly average. Against this background, the minister said, Germany should be careful “so that the epidemic does not reduce the general level of education in the medium term.” “A catch-up strategy must be developed.”

Peru, along with Oscar Ugarte, appointed the fifth Minister of Health since the start of the Corona pandemic nearly a year ago. Ugarte was sworn in in a short ceremony with interim president Francisco Sagasti after his predecessor Pilar Mazzetti resigned on Friday over a vaccination scandal. The 76-year-old was Latin America’s Minister of Health from 2008 to 2011 under former President Alan Garcia.

Peru is currently witnessing a sharp increase in new Corona infections. Hospitals in the Andean country recently recorded a new high with more than 14,100 patients with Corona. The vaccination program began in Peru on Tuesday after the country received 300,000 doses of vaccine from the Chinese company Sinopharm.

The background to Mazzetti’s resignation were reports that former Peruvian President Martin Vizcarra had secretly vaccinated against the Coronavirus just a few weeks before his isolation in the fall last year. At that time, the Corona vaccine was not approved in Peru. Vizcarra defended his early vaccination by saying that he made the “brave decision” to test the Corona vaccine from the Chinese state-owned company Sinopharm as one of 12,000 volunteers.

In his first video chat as G7 president, British Prime Minister Boris Johnson wants to invite other heads of state and government to work more closely on distributing Corona vaccines. The British government in London announced that a new global approach should be pursued jointly in order to put an end to the “nationalist and divisive policies” that initially affected the response to the Coronavirus.

The online meeting of the Group of Seven is scheduled for next Friday. The government stressed that Johnson would indicate that protecting its citizens should not come at the expense of a unified response. “The first twelve months of the epidemic showed that no country can be safe until every country is safe.” The introduction of vaccines provides a new opportunity to demonstrate the value of international cooperation.

“The quantum leaps in science have given us the vaccines we need to end this epidemic for good,” Johnson said, according to the statement. Governments now have a responsibility to make the best possible use of these vaccines with the help of global cooperation.

The US Health Agency: More than 50 million vaccines against Corona

Vaccinations against Corona in the United States exceeded the 50 million mark. This was announced by the CDC. The information is for both Moderna and Pfizer / Biontech vaccines. Nearly 70 million packages were shipped across the country. According to the CDC, about 37 million people have received at least one dose, and more than 13 million have already received a second dose. About 5.7 million vaccines have been administered in care facilities.

Seehofer announces strict controls over Tyrol and the Czech Republic

Federal Interior Minister Horst Seehofer confirmed that entry rules in effect starting today will be subject to strict control. “Those who do not belong to one of the few exceptions cannot enter,” said the CSU politician in Bild am Sonntag. Delays expected. “Controls can lead to waiting times here and there. The Federal Police simply won’t urge you to go through them.”

However, the matter was discussed with the Federal Police to implement appropriate controls for the situation in order to avoid a large backlog. Participants must submit a negative corona test. She added that this also applies to all truck drivers. Stricter entry rules will go into effect on Sunday evening at the borders with the Czech Republic and the Austrian state of Tyrol. In fear of the more contagious variants of the Coronavirus circulating there, strict controls are being implemented at the corresponding border crossings in Bavaria and Saxony.

According to the regulation of the Federal Ministry of the Interior, only Germans and foreigners with a residence and residence permit in Germany are allowed to enter the affected areas. There are exceptions for doctors, nurses, and geriatric nurses as well as truck drivers and seasonal agricultural workers.

Read the live blog from Saturday 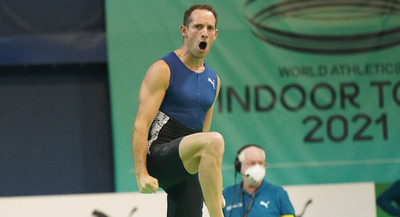 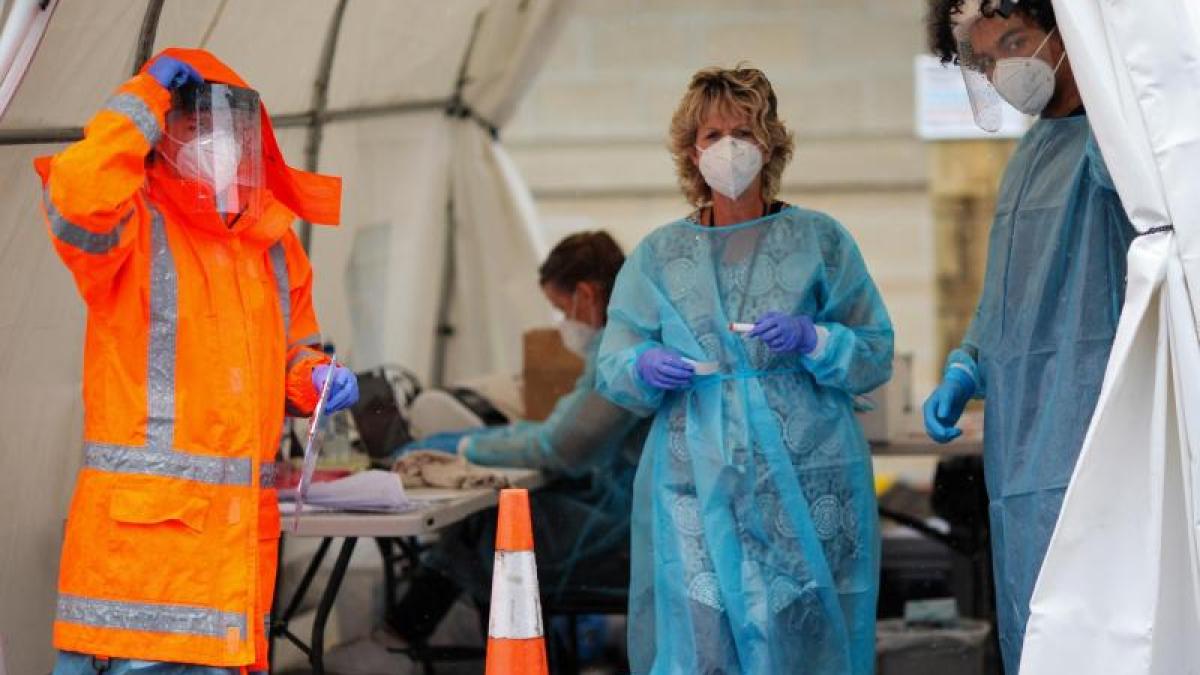 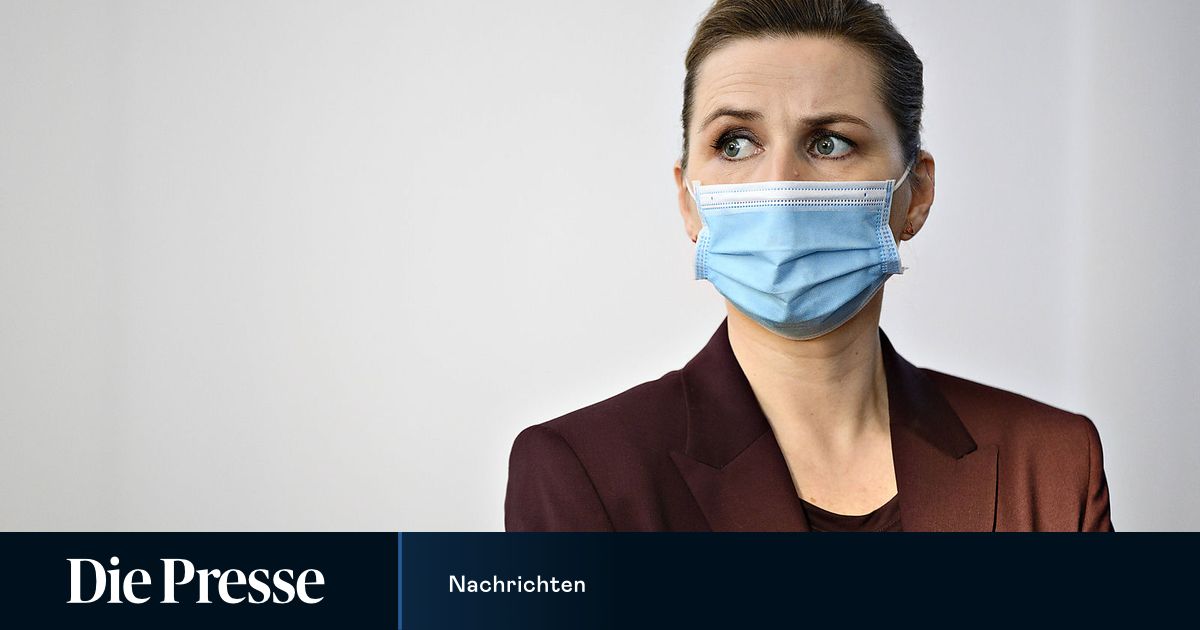