International Monetary Fund Managing Director Kristalina Georgiava said on Wednesday that China is able to bolster its economy against headwinds because it has “wide” policy space, both in monetary and fiscal policy.

China’s growth ‘remains in positive territory’, Ms Georgieva said at a virtual press conference as part of the IMF and World Bank Spring Meetings, adding that growth in China has been reviewed when set back by disruptions from COVID-19-related lockdowns. . .

In its latest World Economic Outlook report published on Tuesday, the International Monetary Fund cut its global growth forecast for 2022 to 3.6%, a decrease of 0.8 percentage points, in the context of the conflict between Russia and Ukraine. 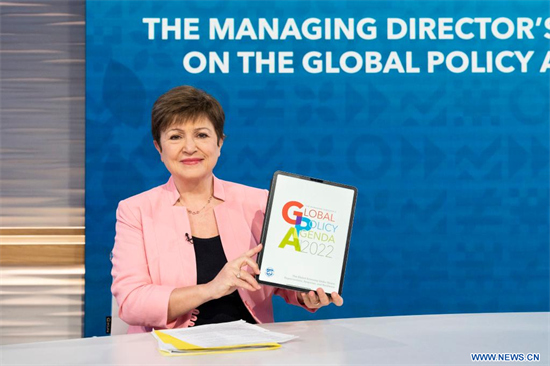 “We believe that China is able to stimulate the economy, because it has a large political space,” Georgieva told Xinhua at the press conference.

“We have seen the People’s Bank of China in recent days take steps to ease credit conditions,” she said, adding that “it also has room at the fiscal policy level.”

The managing director of the International Monetary Fund noted that the conflict between Russia and Ukraine has caused a massive setback to the global economy, with lower growth prospects in 143 countries.

The National Science Olympiad, an annual event for schoolchildren and schoolgirls in Haiti

By Callie Jensen 55 mins ago

How to maximize the space in your warehouse or factory