For the third time since 2019, since it was recorded on the UCI calendar, the Tour d’Eure-et-Loir has revealed the eventual winner during its third and final stage. After Dutchman Luc Boetter (win-cycling) in 2019 and France’s Paul Benhouet (Conte Groupama-fdg) in 2021, who dealt a double whammy by winning at Chartres and winning the leader’s jersey, history repeated itself on Sunday 12 June. , 2022.

Jenner slips from first to third

Leader Emilian Guignyer (Vendée U) before the third stage in Bû

Samuel Leroux (Go Sport – Roubaix Lille Métropole), 27, won the massive sprint and was knocked out by the yellow jersey Emilian Guinevere (Vendée U) earned a gold jacket on Friday at the end of the first stage. With the bonus game, the Boulogne-sur-Mer native won the 53rd edition of the TEL, pushing Herbretais Jeannière to 5secs and a tiny second ahead of, overall, teammate Valentin Tabelon, victorious on the day before at La Ferté-Vidame and second this Sunday.

We were far from imagining such a Hitchcockian scenario at the start of this final stage, between Bû and Chartres (184.6 km). After twelve kilometers, two men managed to rise to their heels. And not just any. We found Breton Mathis Le Berre (Côtes d’Armor), 19 seconds behind the leader, and Michael Crispin (Cross Team Legendre).

Then a few kilometers later, they were joined by excellent rider Mikael Guichard (Vibulia-Morbihan) and New Zealander Ryan Christensen (Bolton), as Le Berry in the overall standings (6th in 10″). When the quad passed over Tréon (km 41), the peloton was dropped Then over 3’30, and at the time, the yellow jersey was on the shoulders of “Kiwi.” But there were still over 140 terminals to fill.

Seeing the danger, the peloton began to roll, and on the first climber of the day, at Bréchamps (km 96), the gap melted about a minute. The pack was to play a long game of cat-and-mouse with a defector that then included six men with South African Juan Pierre van der Merwe (Bridgelan) and Simon Baran (CCE Tubes).

shone charters
Entering the 53rd edition with modest ambitions – bringing at least one rider to its destination – Chartrand finished with a more than honorable record: two top 10 with Baptiste Constantin (corresponding, at the start of the third stage in Bû with former Eurelian rider Romuald Dipon, 8 at Châteaudun and in the final overall standings), 20th place (18th for Ludovic Bideau at La Ferté-Vidame) and ninth in the team classification.
A big reason for the satisfaction of his young manager, Antonin Dorianis: “We have greatly exceeded our goals. The icing on the cake is Baptiste’s 8th overall. Knowing that three riders managed to complete the race (Constantin, Bedouin, and Fouquet). » 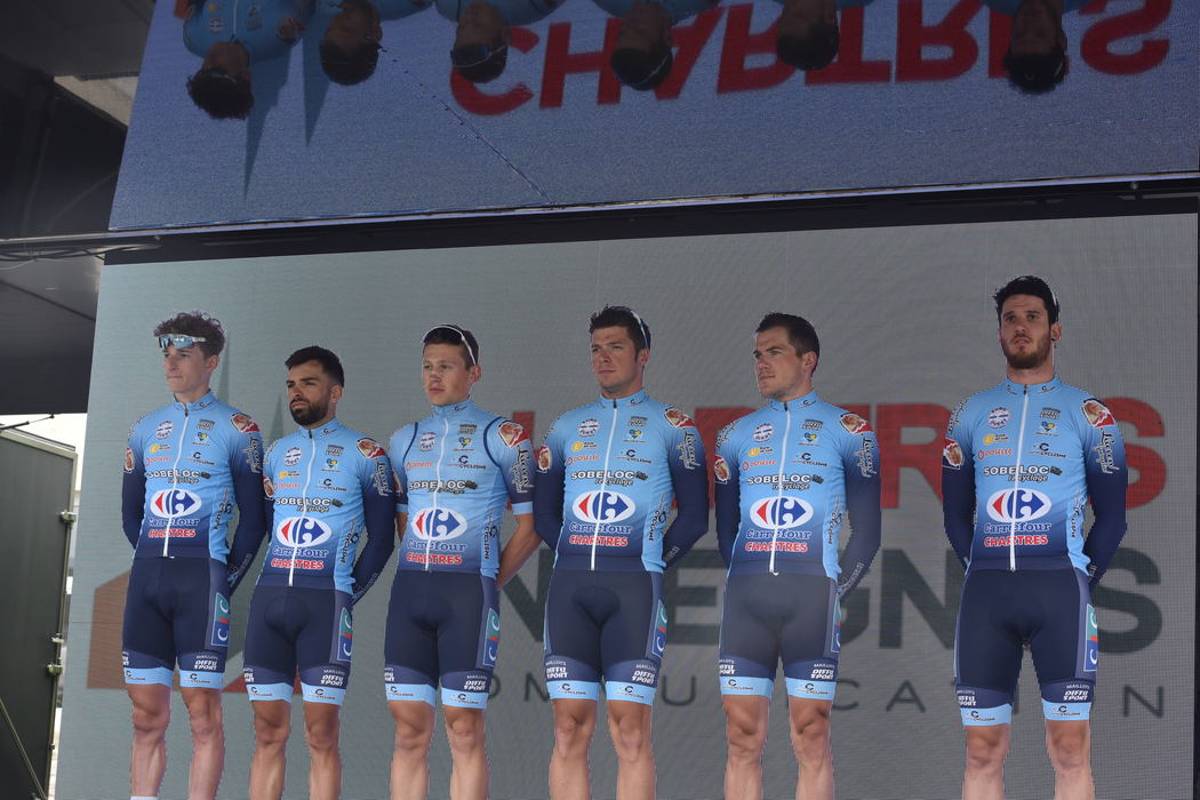 35 km from the end, at Soulaires, a crossroads was created. The captain’s shirt returned to Guinness’s shoulders and Vendée U then had to manage attacks that doubled in the last hectometers. Arriving at Chartres, he crossed Levi’s and Rue Alegre, and despite falling into this winding final, Rubix put two men in front, as had happened the day before at La Verte Vidam.

READ  Historic GPX in Goodwood: The Beautiful, the Raw and the Gentle!

Samuel Leroux paved the way for teammate Tabellion who, if successful, could snatch the lead from Jeannière. But Leroux, who was 18th in 4 Days Dunkirk at the start of May and no better than 4th at the Lille Grand Prix in March, scored a double-hit, with the stage and the yellow jersey.

“I know I’m going to run fast, I hit the spot ten meters and did the final with Val (Valentin Tabellion) in my wheel. It’s only class 2, but it’s good for morale. It’s the perfect weekend. We do 1 and 2 overall, it’s great !”, admitted the Calaisien team who was not yet sure of the final classification. “You should play for a second between me and Valentine.”

Finally, after the calculations, Samuel Leroux won the 53rd edition of TEL for a precious little second.